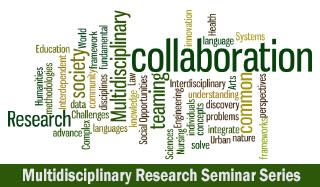 The Office of Research created the CSU Multidisciplinary Research Seminar Series to promote an environment that enables, encourages, and rewards multidisciplinary and collaborative risk taking to solve the broad challenges in our increasingly complex world. This month, Dr. Geoffrey Vince, the Virginia Lois Kennedy Chair of the Department of Biomedical Engineering at the Cleveland Clinic’s Lerner Research Institute, will present Innovation Occurs Where Fields Collide.

Abstract: Technologies as varied as pacemakers, GPS, and ultrasound and medicines such as Allegra and Lyrica were all invented by scientists or engineers working in academic institutions. Although most of the credit for these innovations goes to the inventors, we must not forget that dozens of other professionals were also responsible for bringing these advances to the marketplace. Co-investigating scientists and research engineers, financial analysts, business professionals, patent specialists, regulatory personnel, and marketing and sales professionals all play a critical role in honing technologies to either “fail fast” or eventually be refined and tested enough to be made available to the market.

In this presentation, I will outline the roles of these areas of expertise and show how close interaction of creative minds and the resulting collision of fruitful ideas from many points of view combine to yield something far greater than the sum of the individual contributions. To demonstrate, I will use examples from the medical field. 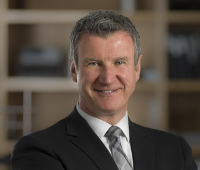 Speaker Bio: D. Geoffrey Vince began his research career in England at the University of Liverpool, where he earned his PhD in Biomedical Engineering. He completed his postdoctoral fellowship in the United States at the Cleveland Clinic in the Department of Biomedical Engineering, where he and colleagues invented what became Virtual Histology™. To further develop that invention, Dr. Vince spent 6 years at Volcano Corporation (since February 2015, owned by Philips), a leader in the medical device industry, where he became Vice President of Clinical and Advanced Research & Development. He returned to the Cleveland Clinic in his current role as Department Chair in 2011, and pursues research in vascular imaging, image and signal processing, and atherosclerotic plaque characteristics, which are pertinent to heart disease and stroke.

Dr. Vince’s experience on the international corporate scene encompasses not only an understanding of the global interplay of research and clinical innovation but also aspects of corporate and federal funding and venture capital.