Cleveland State University’s Washkewicz College of Engineering announced that it has received a gift from the estate of Frederick H. Ray, a 1949 engineering graduate of Fenn College, of more than $733,000. Fenn College was founded in 1923 and in 1965 became part of CSU. 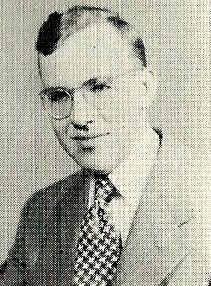 The gift was made in memory of Ray’s late wife Dorothy (Mainey) Ray, a fellow engineer who studied at Purdue University and whom Ray met in Cleveland.

The funds will support capital improvements and equipment purchases for the planned renovation of Fenn Hall. In 2013, the university renamed the college in recognition of a $10 million gift from Donald and Pamela Washkewicz and The Parker Hannifin Foundation, and at that time also renamed the college’s building to Fenn Hall.

“We are grateful to Mr. Ray for his very generous gift that illustrates the enduring legacy of the college. It will add significant momentum to the creation of a state-of-the-art engineering learning environment,” said Anette Karlsson, Ph.D., Dean of the Washkewicz College of Engineering.

As a student, Ray was an active member of the Iota Eta, Alpha Chi and Phi Epsilon Nu fraternities. He also served as president of the Fenn Society of Structural Engineers and on The Cauldron student newspaper staff. Ray died April 11, 2013, at the age of 91.