An Audience with the Mayor

On April 4, 2019, CSU graduate students accepted a Proclamation from City of Cleveland Mayor Frank G. Jackson. Mayor Jackson highlighted the importance of education and lifelong learning with CSU students during the Graduate Student Appreciation Week visit to City Hall. Students met in the Mayor’s office for the proclamation presentation and then reconvened in the Mayor’s Red Room of Cleveland City Hall where they shared in conversation and gained pertinent advice from Mayor Jackson. Adorned by portraits of former Cleveland mayors, Mayor Jackson discussed his life’s journey and how he began his college career after a military career at the age of 27 with a strong desire to learn. 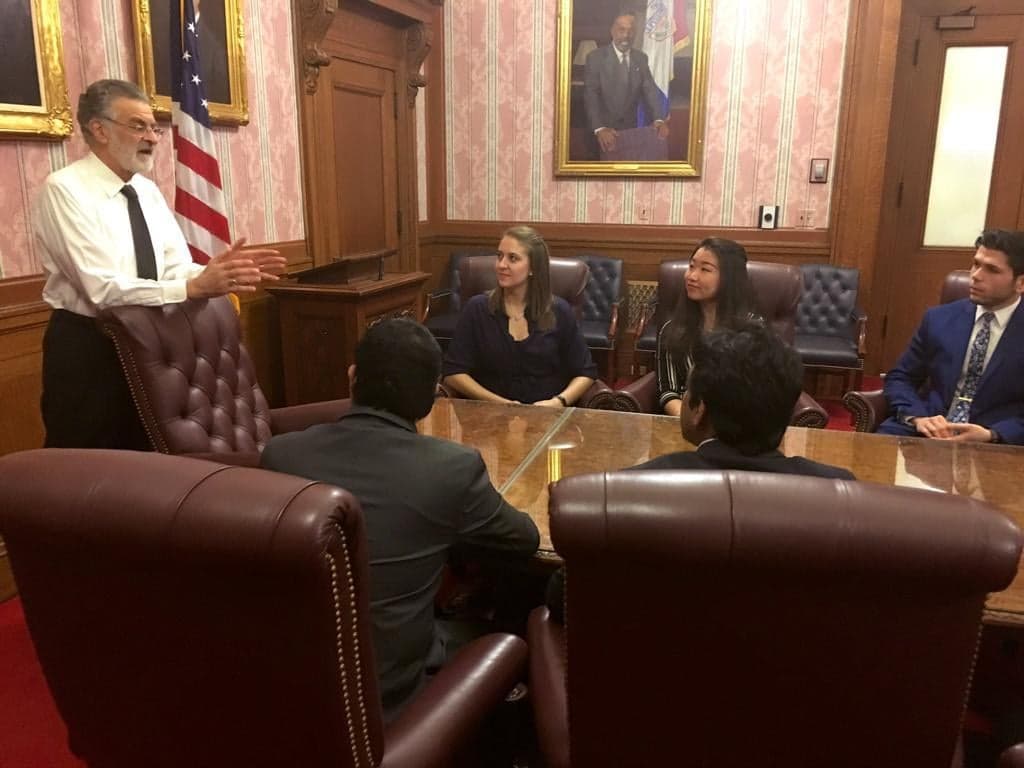 In an unprecedented fourth term as Mayor of Cleveland, the Honorable Mayor Frank G. Jackson discussed how he never planned or imagined becoming Mayor of Cleveland. Decisions he made in life about education and helping others placed him on an unexpected and unintentional path to City Hall.  Mayor Jackson warmly shared his advice on how education taught him the importance of being prepared for what may come next in life. He discussed his personal belief that one never dwell on past matters and always be prepared for opportunities that could arise in unusual ways. Mayor Jackson advised CSU’s graduate students to work enthusiastically and live their lives in a way that prepares them to take on unexpected challenges and opportunities. Following the 90-minute session with Mayor Jackson, the students were treated to a tour of the City Council Chambers. They learned that City Hall remains preserved in its 1916 grandeur with its marble staircases, pillars, and well-preserved collections and craftsmanship including tapestries, murals, ornate moldings and furnishings of the era.

Mayor Jackson earned an associate’s degree at Cuyahoga Community College and then enrolled in Cleveland State University where he earned a Bachelor’s and Master’s degree and Juris Doctorate from Cleveland-Marshall College of Law.