Nation’s only center dedicated to the development of space law encompasses safety, economic development and maintaining peace and international cooperation in space operations 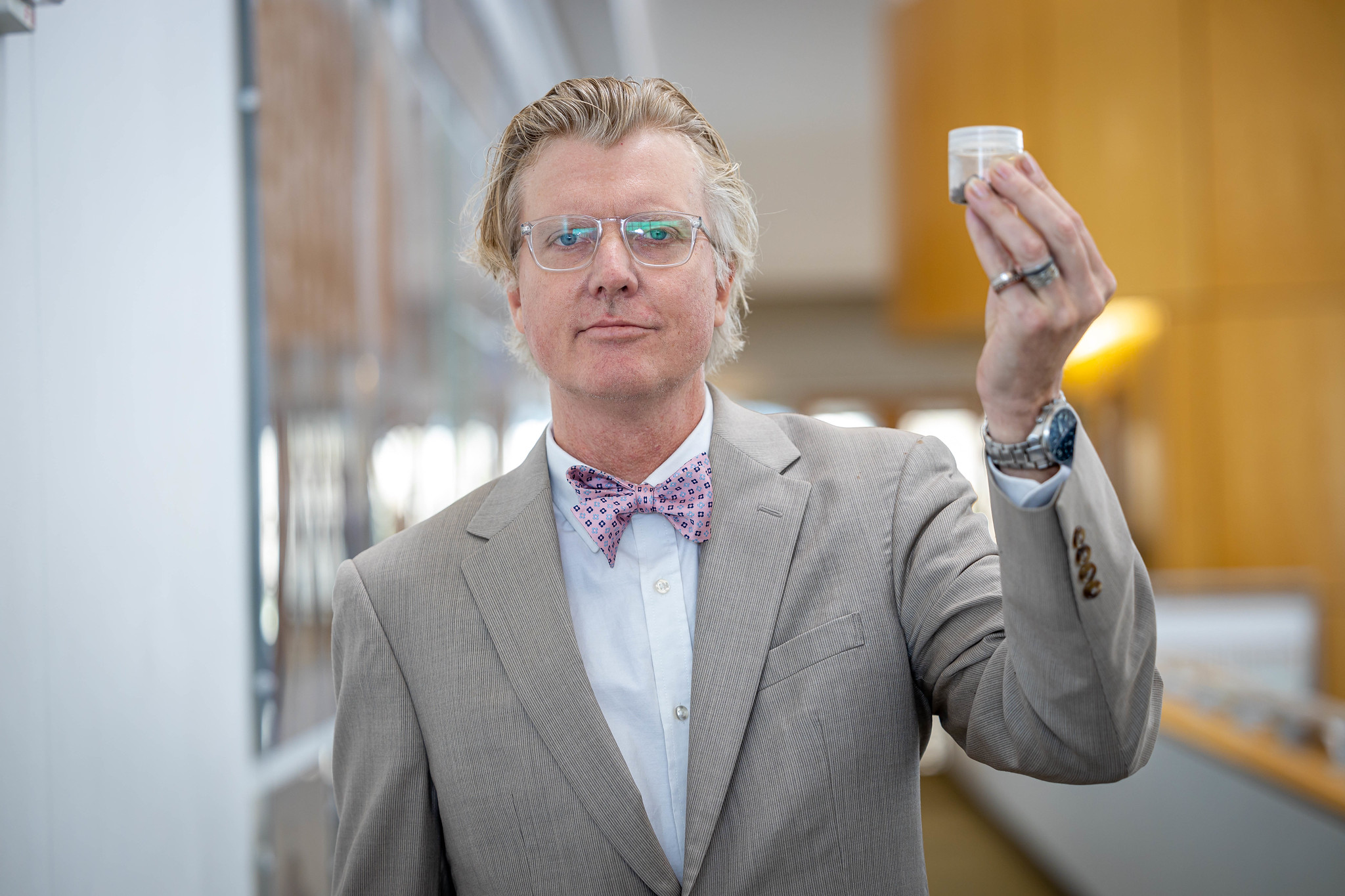 From Cleveland, Ohio to international treaties – to outer space – CSU is forging new frontiers through the work and leadership of CSU’s Cleveland-Marshall College of Law professor Mark Sundahl, PhD, JD.

A global expert in the field of space law, Sundahl is also a legal advisor to NASA and has served as an advisor to the FAA Office of Commercial Space Transportation. He’s also a member of the US delegation to the United Nations.

Keeping the peace to the moon and beyond
The main objectives of researching and crafting laws for outer space center around industry growth, ethics development and keeping the peace. To that end, the center, in which Sundahl also serves as director, is involved in providing research and expertise for domestic and international initiatives that are critical in preventing conflicts between nations when it comes to outer space endeavors.

“We need to have regulations and treaties in place to keep the peace when countries or private entities are going to the moon or other areas in space, especially when it comes to business endeavors such as private research, resource extraction and other new industries, such as on-orbit repair and refueling of satellites,” Sundahl said.

“Within the next few years, NASA and other nations will be exploring the moon again, building permanent human habitats and setting up lunar ice harvesting operations. Current laws that regulate these operations are minimal, at best,” Sundahl added.

To avoid potential conflicts between nations, Sundahl underscored the urgency to have global laws and treaties on the books.

When asteroids become the new diamonds and moon ice is pure gold
Sundahl explained that moon rock and asteroids can contain valuable resources, including precious metals like platinum. More importantly, NASA will work to harvest ice on the moon – a vital resource that can be transformed into water, oxygen and hydrogen used to support human life and develop fuel. This can create a self-sustaining environment for astronauts and researchers spending great lengths of time on the moon.

In recent years, there has been a major shift in space exploration from publicly funded (think NASA) projects to private enterprises. In the US, NASA was the main center of operations and development for space exploration. Today, while NASA is still the main driver for space research endeavors including an upcoming lunar landing project, the organization has moved to using private companies as never before. Why the shift? According to Sundahl, there are two main reasons:

Students with an interest in space law can join the College of Law’s Space Law Society as first-year students and then take an online introductory course to space law. The online course is not only open to law students but to others who have an interest in learning about the subject, including practicing attorneys and industry executives.

CSU students draft regulations to promote safety and peace in space
Aside from Professor Sundahl, the Global Space Law Center is also comprised of a Space Law Research Council, in which five CSU law students pursuing areas of study in space law work on real-life projects, including NASA and international-treaty-related projects.

“The students in the Research Council are able to get real-world, hands-on experiences and opportunities. They’re working on projects that are literally influencing the formation of space law,” Sundahl noted.

Planning a lunar vacay over spring break? You’ll need to sign a waiver
It’s still a game for billionaires, but as space tourism development expands, flying to the moon may become more affordable and therefore more common. With minimal safety regulations in place, space tourism remains a risky proposition from a safety standpoint. That’s exactly why regulations need to be on the books to protect space researchers and tourists.

There’s a major void in the law governing lunar mining and space tourism, both suborbital and orbital. “It is imperative that regulations be drafted for space tourism safety and to avoid conflict and war over mining asteroids for precious metals and harvesting ice deposits on the moon. We’re working to draft laws that will be the foundation of promoting peace and safety in space,” Sundahl said.

Sundahl’s earthly trajectory into space law
After receiving an undergraduate degree in Ancient Greek and Latin Literature, Sundahl earned his law degree with a concentration in international business law.

His transition into space law began several years ago, when he was a member of a working group charged with drafting a new international treaty regarding the secured finance of satellites and other space assets. It was during that work that his interest in space law was sparked. He’s never looked back and likes to tell his students that “the sky is no longer the limit.”