The purpose of this program is to allow undergraduate students to obtain funding to offset the costs associated with doing research undertaken in a CSU credit-bearing course. Previously named the Graduate College and Provost’s Undergraduate Research Fund. Review the guidelines below for more information. 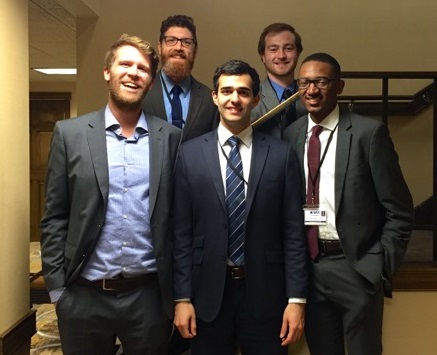 David Pendleton, who received an undergraduate research award in spring 2016, is a senior who is majoring in Electrical Engineering and Computer Science. David's award helped him win first place in the technical paper competition at the American Institute of Aeronautics and Astronautics (AIAA) Region III Student Conference at the University of Illinois Urbana-Champaign in April 2016. David won first place for his honors thesis, "Development of a Wind Measurement Tool Using a Hovering Drone," which he completed under the supervision of Prof. Wei Zhang of the Department of Mechanical Engineering.

David is pictured front right, along with other AIAA Region III Conference Participants. 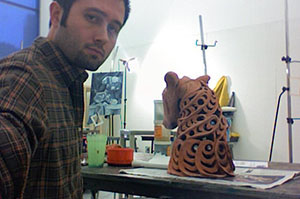 “I can not thank you enough for this opportunity. I was able to purchase the materials to complete the 12 large scale art pieces shown above. I have since been offered a solo show by June Hund on Case Western's campus and a solo show at Jade Gallery in Chesterland. Individual pieces have been shown at The Sandusky Cultural Center, The Cleveland Raw Artists Event, and at The Galleries of Cleveland State.”

Click each image above to see a closer look at Ryan's artwork.