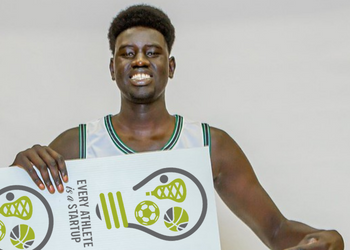 For more than 115 years, the answer was a flat and unequivocal “No.”

The question? Can student athletes profit off their name, image, and likeness (NIL) under the National Collegiate Athletic Association (NCAA) amateurism rules? It’s been a long-debated, circuital topic in the sports world. But to everything, there is a season—especially in sports, where everything revolves around seasons.

In a shocking (but not entirely surprising) turn last summer, the NCAA can no longer prohibit athletes from securing their own endorsements, creating their own “personal brand,” and independently profiting from their budding skillset. In turn, corporate brands can strike endorsements from a partnership that was originally off-limits. Today, sports marketing for NCAA players is fair game.

The opening of these floodgates for collegiate brand marketing made international headlines and while some guardrails are in place that keep individual athletes from stepping directly on their institution’s toes, no less an authority than opendorse projects that the collegiate NIL market will be worth upwards of $500 million in revenue this year alone, maturing to around $1 billion-with-a-B annually by mid-decade.

In the spirit of the Weston Ideation Lab’s “Every Film is a Startup” program, the Monte Ahuja College of Business at Cleveland State University has launched an inaugural cohort called (you guessed it) “Every Athlete is a Startup,” and they’re beginning to tackle some of the inherent business and marketing issues with our athletes right here at CSU. Sounds like another case of Engaged Learning in action!

And in the spirit of the impending March Madness, as well as NBA All-Star Weekend taking place right here in Cleveland (and at CSU!), you can read more about Every Athlete is a Startup here.