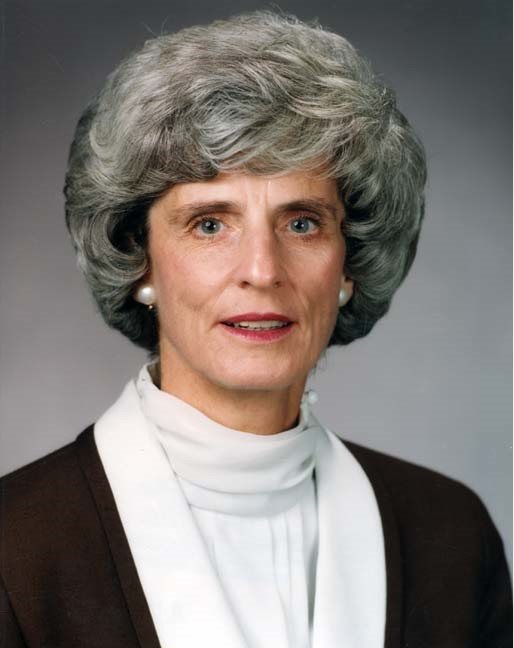 The first woman to hold the position of President at Cleveland State University, Dr. Claire A. Van Ummersen, passed away after sustaining injuries in an automobile accident in Needham, Massachusetts yesterday. She was 86.

“Dr. Van Ummersen was an outstanding academic leader who played a critical role in CSU’s development and growth,” said the university’s current president Harlan Sands. “All of us here at CSU mourn her loss and offer our heartfelt condolences to her family.”

She had her work cut out for her from the moment she arrived – tackling such issues as declining enrollment and the grip of a nationwide recession that was only beginning to loosen. Speaking to the City Club a few short months after taking office, Dr. Van Ummersen talked about challenges that institutions of higher learning faced in the late 20th century.

“Public higher education institutions are caught between the proverbial rock and hard place,” she said. “Most students today need help financially and academically in order to enroll and successfully complete a higher education degree.”

In many ways, the trajectory CSU currently finds itself on today began with Dr. Van Ummersen’s leadership.

A declining pool of college-age students became a signpost to focus on improving student services and retention – including the conversion to a semester system in 1998 – and to begin a greater integration of the university community with that of the surrounding city, which still informs CSU’s approach today.

The “17th-18th Street Block Project” arrived during her tenure, including ambitious new buildings for the James Nance College of Business Administration (Monte Ahuja Hall, 1998) and the Maxine Goodman Levin College of Urban Affairs (Glickman-Miller Hall, 2001), as well as an expanded library for CSU Cleveland-Marshall College of Law and a new parking garage.

“The project emphasizes the urban nature of the university,” Dr. Van Ummersen said at the time. “Further, it develops another entire block of the city, making a contribution to the renaissance of downtown Cleveland.”

Five years later, she would preside over another sign of things to come: the ribbon cutting for the Health Sciences Building, a two-story underground structure south of the Physical Education building and west of Mather Mansion.

What’s more, university endowment grew fourfold during Dr. Van Ummersen’s tenure, and the seeds for CSU becoming a smoke-free campus in 2013 were planted on her watch, with the CSU Board of Trustees voting to restrict smoking in campus buildings.

A Massachusetts native and a scientist by training, Dr. Van Ummersen got her start in developmental biology researching the effects of microwave radiation and how radar effects the eye.

“She was tenacious, visionary and knew the pulse of academic institution,” said Monte Ahuja, who served on CSU’s Board of Trustees for nine years and as its chairman for six years. “She brought stability and calmness to a turbulent time.”

Dr. Van Ummersen’s tenure at Cleveland State University ended in 2001, but her impact at CSU and in higher education carries on.