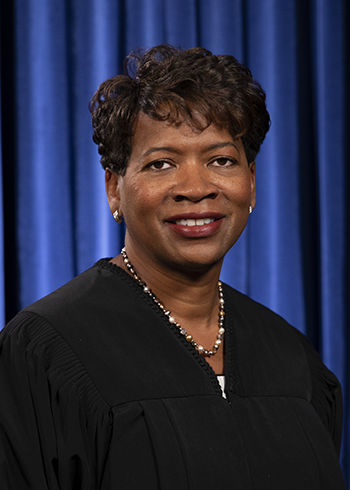 Ohio Supreme Court Justice Melody Stewart will deliver the commencement address at Cleveland State University’s Cleveland-Marshall College of Law’s graduation ceremony for the class of 2019. The ceremony will take place Saturday, May 18, 2019 at 10:00 a.m. at the Wolstein Center.

Justice Stewart, a 1988 graduate of Cleveland-Marshall College of Law made history in November when she became the first African-American woman elected to Ohio’s highest court.

“As our distinguished alumnae and a member of our C|M|LAW Hall of Fame, Justice Stewart’s outstanding career achievements, leadership and commitment to justice serve as an inspiration to our graduates,” said Cleveland-Marshall College of Law Dean Lee Fisher.

Before being elected to the Supreme Court of Ohio, Justice Stewart sat on Ohio’s Eighth District Court of Appeals for 12 years.  She previously served as an assistant law director for the cities of Cleveland and East Cleveland and had a distinguished career in academia.  She served as a full-time faculty member and assistant dean at C|M|LAW, taught at the University of Toledo College of Law and Ursuline College, and was director of student services at Case Western Reserve University School of Law.  Stewart was an inaugural inductee of the C|M|LAW Hall of Fame in 2017.

A ticket is required for all attendees of the commencement ceremony.  Immediately following the ceremony, graduates and guests will be invited to attend a reception at the Wolstein Center.