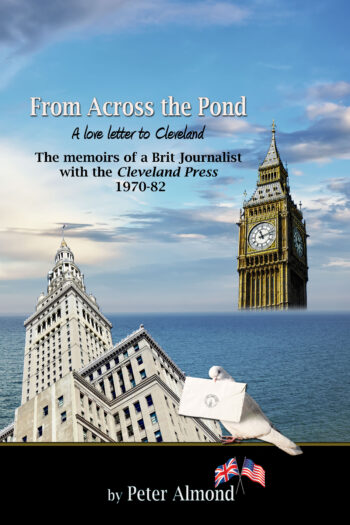 From Across the Pond: A Love Letter to Cleveland by Peter Almond dives into the Cleveland Press in the 1970s

Cleveland, Ohio (May 31, 2022)—The Michael Schwartz Library at Cleveland State University has published a new e-book From Across the Pond:  A Love Letter to Cleveland-The Memoirs of a Brit Journalist with the Cleveland Press 1970-82. The first-hand account of British journalist Peter Almond, who immigrated to Cleveland in 1970, details his 12 years working at The Cleveland Press newspaper until its demise in 1982. The book is available exclusively from EngagedScholarship @ CSU.

The publication of From Across the Pond coincides with the 40th anniversary of The Cleveland Press’s demise and serves as a fitting commemoration of Cleveland Memory’s 20th anniversary.

Almond’s story offers a unique perspective on the history, personalities, politics, issues and passions of Northeast Ohio from his witty and charming British perspective.

His observations range from serious to lighthearted to tragic—all accompanied by photos from his own personal collection and those from the Cleveland Press, housed in the Michael Schwartz Library’s Special Collection, the backbone of the renowned Cleveland Memory website. 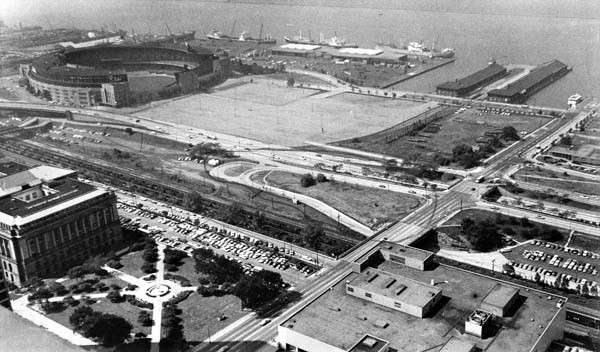 “The Cleveland Press wasn’t just ‘the other paper’ to The Plain Dealer… it was a 102-year-old giant that had its own character and style that suited perfectly the character of the working people of Cleveland,” said Almond. “[It was] the original ‘Penny Press’ that presented stories the other paper didn’t. It died before the age of digitization, leaving The Plain Dealer to present itself to historians, researchers and public as the guardian of Cleveland’s newspaper history.”

Almond lamented that “two generations have now passed with no knowledge of The Press,” and that the stories shaping the history and destiny of Northeast Ohio are essentially invisible to those who search for the publication online. He calls this “the entrapment of our legacy” and “surely a major loss to the civic history of Northeast Ohio,” calling on digitization to further preserve the archive. 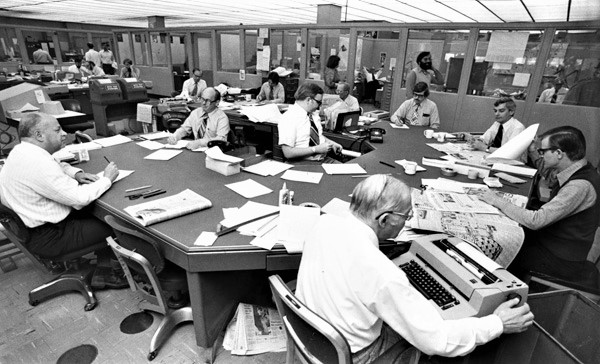 Born in Northampton, England in January 1946, Almond was raised in a Royal Air Force family which moved frequently. In 1964, he began four years of journalist training at the Northern Echo and Yorkshire Evening Press, York. He married Anna Collinson, a nurse, in York before they emigrated to Cleveland. At The Cleveland Press Almond was a general, education, labor and investigative reporter.

His journalism awards included a Nieman Fellowship in Journalism to Harvard in 1980/81. Almond went on to be State Department writer for the Washington Times, then a Europe/Middle East and Pentagon writer, until he returned to London in 1990 as Defense Correspondent for The Daily Telegraph. Almond retired in 2010.

Founded in 1964, Cleveland State University is a public research institution that provides a dynamic setting for Engaged Learning. With nearly 16,000 students, 10 colleges and schools and more than 175 academic programs, CSU was again chosen for 2021 as one of America’s best universities by U.S. News & World Report, including the #1 public university in Ohio for social mobility. Find more information at www.csuohio.edu.

About The Cleveland Press Collection