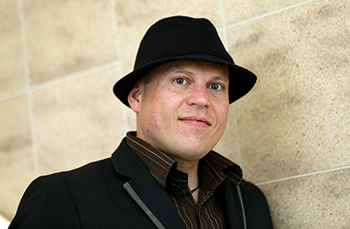 Cleveland State University, in partnership with a group of philanthropy organizations, has released a new report, Our Pathway to a Brighter Future: Ohio’s New Americans, which highlights the crucial role immigrants play in Ohio’s economy. It also argues that further investments in services for immigrants would expand positive outcomes.

“Immigrants and their children represent the majority of projected labor-force growth in the United States over the next four decades,” said Richey Piiparinen, director of the Center for Population Dynamics in CSU’s Maxine Goodman Levin College of Urban Affairs and the report’s author. “By making investments in supportive services here in Ohio, particularly for our newest immigrants, we can expedite their ability to positively contribute to Ohio’s economy.”

Many of Ohio’s immigrants have achieved conventional markers of success, including rates of educational attainment 15.4 percentage points higher than native-born Ohioans (42.1 percent of Ohio’s immigrants hold a four-year degree or higher compared to 26.7 percent of native-born Ohioans.) However, immigrants have higher poverty rates than the native-born population (18.7 percent to 14.4 percent.) This reality is a function of the time it takes to acclimate to a new country and its customs, and can be lessened with improved access to three types of services:

“Ohio’s immigrants drive cultural, economic, and social dynamism,” Piiparinen said. “By improving language, legal, and healthcare services, we can help immigrants contribute to Ohio’s economy and our communities more quickly. We must begin to imagine immigrant support services as a launch pad, not a safety net.”

Our Pathway to a Brighter Future: Ohio’s New Americans is the result of a collaboration of funders coordinated through Philanthropy Ohio. It was funded through the generous support of The George Gund Foundation, The HealthPath Foundation of Ohio, Needmor Fund, Ohio Legal Assistance Foundation, Open Society Foundations and SC Ministry Foundation.