Historic Preservation in “The Rust Belt” 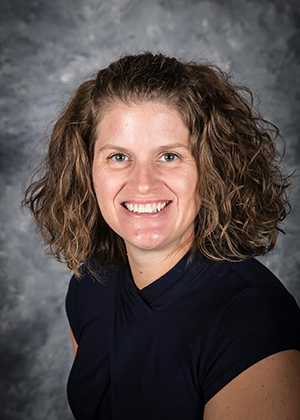 How do you revitalize a city and protect its history? What structures do you preserve when a community already has too many buildings and most are in need of significant repair? These questions have daunted city planners, politicians, community leaders and historic preservation advocates for decades.

Stephanie Ryberg-Webster, associate professor of urban studies at Cleveland State University, is working to better weave historic preservation into urban planning and revitalization, and assist cities in developing policies that promote both goals. She has been awarded the Arnold W. Brunner grant from the Center for Architecture Foundation to conduct a study of historic preservation policies in legacy cities, using Cleveland as a model, with the goal of assessing best practices, areas for improvement and potential pitfalls. The project will lead to the publication of a history of historic preservation in Cleveland, focusing on major efforts that took hold in the 1970s.

“Contemporary historic preservation, in Cleveland and across the county, emerged as a major movement in the 1960s, often as a backlash to urban renewal plans that prioritized demolition without any focus on what was lost in the process,” Ryberg-Webster says. “Unfortunately, many of those same battles continue today and there has been little research on the history of historic preservation policies. We can learn from the rise of preservation in Cleveland, which occurred during an era of extreme urban crisis, to inform modern planning and urban development decision-making.”

Ryberg-Webster’s research will focus on Cleveland in the 1970’s, including the conditions in the city and inner-ring suburbs that gave rise to local preservation activism. Her work will address the creation of the Cleveland Landmarks Commission, a government entity charged with protecting historically important structures, the development of the Cleveland Restoration Society, a local group of community leaders who advocated for preservation, and neighborhood-based efforts on Cleveland’s west side and inner-ring suburbs on the east side.

“Cleveland’s path to historic preservation was bumpy and often complicated, as was the case for most Rust Belt cities, even as it successfully protected significant portions of the city’s history,” Ryberg-Webster adds. “Through telling this story, I hope to better inform modern planners and preservation advocates and drive the development of more comprehensive and synergistic policies that can preserve city landmarks for future generations, while also spurring continued urban growth and development.”

The Center for Architecture Foundation is based in New York City and is dedicated to promoting architecture, design and the built environment. The Arnold W. Brunner grant supports advanced study in architectural investigation that contributes to the knowledge, teaching, or practice of the art and science of architecture. Ryberg-Webster’s book, Restoring the Rustbelt: Historic Preservation and Urban Decline in Cleveland, 1970-1985, will be released in 2019.