The Growth of La Villa Hispana 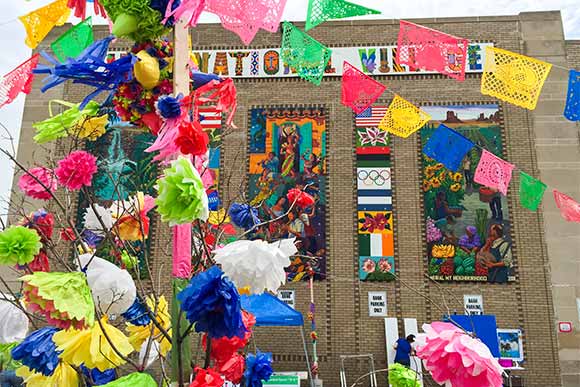 A report produced by Cleveland State University’s Center for Economic Development provides new insights on the potential economic and community impact of the redevelopment of La Villa Hispana in the Clark‐Fulton neighborhood of Cleveland. The findings indicate that the commercial and residential investment in the area will generate $29.4 million in annual labor income and support 500 jobs per year by 2024. The report also showcases the redevelopment’s potential for spurring economic inclusion and multicultural community development in the city and region.

“La Villa Hispana is a very unique project because it is being funded and led by local organizations, businesses and citizen groups with broad neighborhood support and buy-in,” notes Dr. Iryna Lendel, director of the Center, which is housed in CSU’s Maxine Goodman Levin College of Urban Affairs. “All of this makes it a good example of how inclusive, neighborhood-driven growth can lead to significant economic impact for the city and the state.”

The initiative began with the renovation of the Meyer Building, which now features 2,750 square feet of professional office space, and the restoration of the Lofts at Lion Mills, which offers 36 affordable apartment units. Both were opened in 2017 and will be followed by a planned 13 additional redevelopment projects, including El Mercado, a proposed 48,000 square foot, culturally‐based public market with space for 21 microenterprises. The effort is scheduled for completion in 2023 and is directed by the Detroit Shoreway Community Development Organization, a nonprofit dedicated to economic and community development on Cleveland’s west side.

“La Villa Hispana is an example of the potential of neighborhoods when solutions are developed by its residents and constituents,” notes Jenice Contreras, executive director of the Northeast Ohio Hispanic Center for Economic Development. “Equitable community investment will ensure the fabric of this neighborhood’s biggest asset, its people. While this project is a direct response to the needs of the area, it will also become a destination as a Latino ethnic hub in Ohio.”