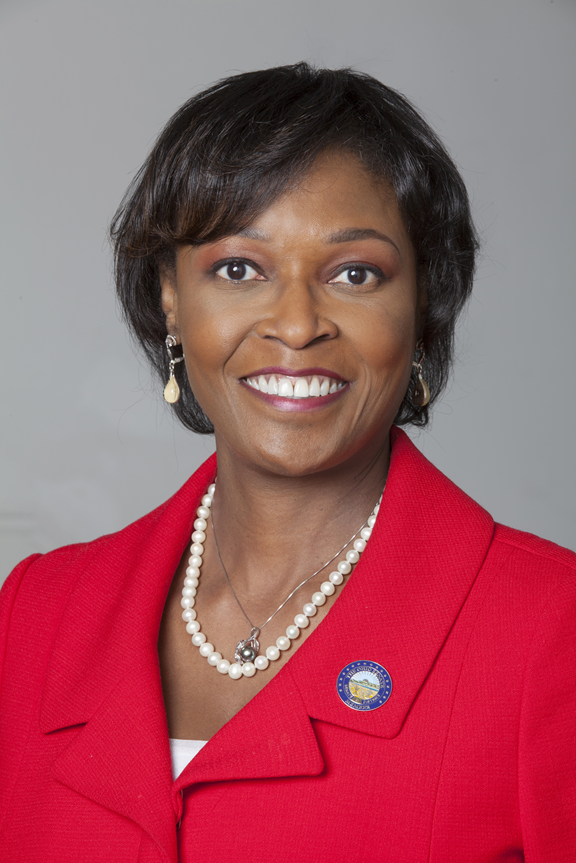 CLEVELAND (November 13, 2022)—Former member of the Ohio Senate and the Ohio House of Representatives Sandra R. Williams will serve as Keynote Speaker at the Fall 2022 Commencement exercises at Cleveland State University at the Wolstein Center on the CSU campus Sunday, December 18 at 1 p.m.

Williams, who joined Charter Communications-Spectrum as Director of State Government Affairs earlier this year, served in the Ohio Senate representing the 21st district from 2014 - 2022. Her Ohio House of Representatives tenure spanned from 2007-2014; her district included the eastern two-thirds of Cleveland, as well as the east-side suburbs of Bratenahl, Cleveland Heights, Garfield Heights, Newburgh Heights, Shaker Heights and University Heights.

She is currently responsible for developing and implementing government affairs strategies for Charter Communications-Spectrum in Northeast Ohio.

As a member of the Ohio General Assembly, she earned a reputation for working across party lines, serving as Ranking Member on the Senate Energy and Public Utilities Committee, Senate Workforce and Higher Education Committees, Education Committee and Senate Ways and Means Committee. She also served on numerous committees including those related to small business, transportation, finance, health and corrections institution inspection.

Williams spent more than three decades in public service—as a corrections officer, probation and parole officer, mediator for the State of Ohio, and legislative aide. She also served our country as a member of the United States Army Reserve and was honorably discharged in 1995. In addition to her legislative duties, Williams previously served as the Vice Chairwoman of the Cuyahoga County Democratic Party and taught courses at both Tiffin University and CSU.

She is the recipient of an Honorary Doctorate Degree from Tiffin University.

Founded in 1964, Cleveland State University is a public research institution that provides a dynamic setting for Engaged Learning. With nearly 16,000 students, eight colleges and more than 175 academic programs, CSU was again chosen for 2022 as one of America’s best universities by U.S. News & World Report, including the #1 university in Ohio for social mobility. Find more information at www.csuohio.edu.