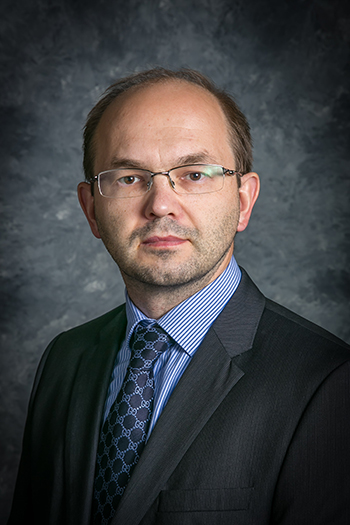 Maksim Isakin is an assistant professor in the Department of Economics, teaching and conducting research in the areas of financial economics, macroeconomics and structured debt. He is currently developing models to analyze the impact of collateralized debt obligations (CDOs) on the banking system and the economy as a whole.

Investment banks use these financial instruments to pool a large number of economic assets and create securities with allegedly very low risk. The market for CDOs demonstrated spectacular growth during the late 1990s and early 2000s, but this was followed by massive downgrades and defaults of highly rated securities, which many experts believed led directly to the 2008 Great Recession.

Isakin is investigating the role that imprecise credit ratings for these securities played in the financial meltdown by developing theoretical models and evaluating the models using historical market data. The ultimate goal is to develop a better understanding of how the CDO market impacts the overall system which will help prevent future crises.

Isakin received his Ph.D. in economics and finance in 2016 from the University of Calgary. Prior to his doctoral studies, he served as the director of the Centre for Applied Economics at the Higher School of Economics in Perm, Russia.