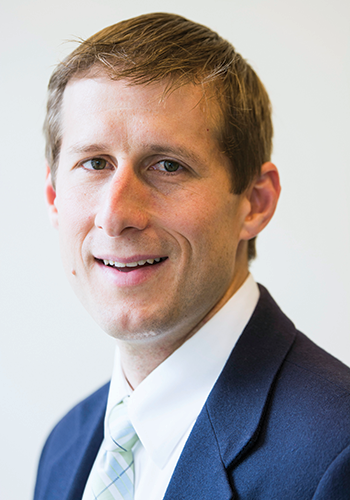 If you’re looking for an expert on the Fourth Amendment and search warrants, look no further than Jonathan Witmer-Rich, the Joseph C. Hostetler-Baker & Hostetler Professor of Law in the Cleveland-Marshall College of Law.

Professor Witmer-Rich’s research focuses on criminal law and criminal procedure - including the Fourth Amendment and covert government searches - the concept of affirmative consent, and the role of the prosecutor and grand jury in cases involving police use of deadly force. He is the leading scholarly expert on delayed notice search warrants, which authorize the government to covertly search homes or businesses without the knowledge of the occupants.

Before joining CSU, Professor Witmer-Rich practiced commercial litigation at Jones Day and worked as a criminal defense lawyer at the Federal Public Defender’s Office in Cleveland. He is active in ongoing legal reform efforts for Ohio’s Rules of Criminal Procedure and was the principal drafter of the report and recommendations of the Cuyahoga County Bail Task Force. He is a frequent media commentator on issues of criminal law and criminal justice, both in local and national media outlets.

Most recently, Professor Witmer-Rich has joined faculty members from the Cleveland-Marshall College of Law and the Maxine Goodman Levin College of Urban Affairs on the Charles Koch Foundation-funded project titled, “Smart Communities, Smart Policing and Privacy: Privacy Awareness and Training Playbook and Training Lab.” The team will conduct research on emerging open data policies in cities and the use of smart policing and surveillance tools, including facial recognition and data sharing.