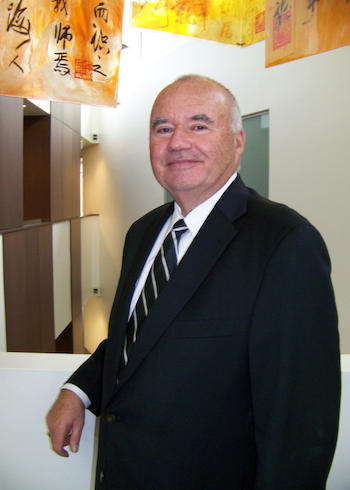 When Paul Milton stepped on a Boston stage to receive the Service Award, one of the highest honors the National Intramural and Recreational Sports Association (NIRSA) can bestow, he had completed nearly three decades with NIRSA’s professional, scholarly publication, the Recreational Sports Journal (RSJ). The award cited him for “incredible dedication and leadership as editor-in-chief of the RSJ,” a position he held for 14 years. He served 16 years before that as an editorial board member.

His focus on perfecting content in the RSJ began with his initial editorial role of reviewing proposed articles, finding that insufficient emphasis on research resulted in articles with “descriptive material that lacked substance.”

“I realized that to make the Journal truly useful we needed to foster academic excellence—which starts with rigorous research,” Milton said.

When he became editor-in-chief, Milton insisted on the Journal meeting a high standard, and he instilled that sense of dedication in the editorial board. The result—and his NIRSA award recognized this—is a solid professional journal that represents the world of recreational sport management exceptionally well. Well enough, in fact, that it clearly furthers NIRSA’s efforts to show that campus recreational programs have a measurable impact on student achievement.

”What we really needed was research that we could take to our presidents and vice-presidents and say, ‘Look at this. If you don’t think we’re making an impact, look at this evidence,’” Milton said.

Milton earned his bachelor’s degree in history at the University of California, Davis, where his interest in sport management emerged after he became an official in the campus recreation program. He earned his Master’s Degree in sport management at Michigan State University. Afterwards, he managed campus recreation at the State University of New York before moving to the Kent State University, where after a few years as an assistant director, he took over the program and orchestrated the construction of a new recreational center. Milton served 14 years as director, also earning a doctorate in higher education administration at Kent State.

Retirement from the Kent State position led to a new career as an educator—first at Ashland University, then back to Kent State and finally Cleveland State. He isn’t through with RSJ work however. He still plans to contribute articles for the Journal and provide advice and support to the editorial board as needed.

Click here to learn more about the sport management program at CSU.