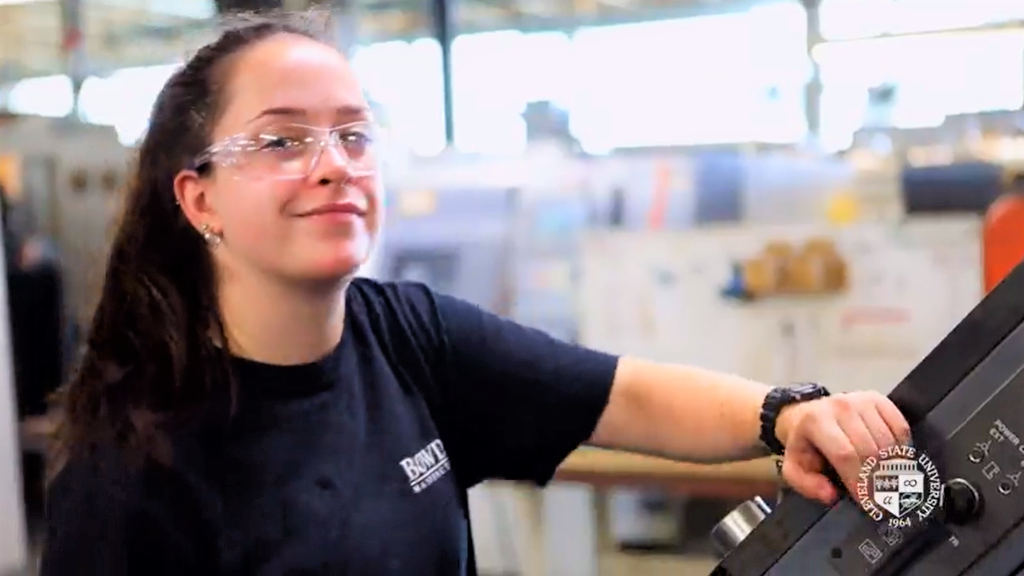 Fenn Co-op, 'Connections Fair' Give Viking engineers a competitive advantage in the marketplace

In a few short months, Fenn Co-Op Program of the Washkewicz College of Engineering at Cleveland State University celebrates its Centennial! The program has been the backbone of CSU’s engineering education since 1964—but the roots of co-op itself reach all the way back to Fenn College circa 1923!

Known as a premier engineering school whose graduates created or enriched many enterprises, Fenn College had an outstanding reputation both in Northeast Ohio and across the country.

It fortified its reputation by establishing the co-op program, which provided students with a unique opportunity to experience first-hand how a real professional engineering environment is before they graduate. Those students are then fast-tracked into gainful, meaningful employment with knowledge and experience gained through working with/for engineering employers.

Fenn College was the fourth college in the state of Ohio to adopt a Cooperative Education Program, or "Co-Op." Students enrolled in the Day Division generally alternated between the classroom and practical work experiences in their major field. 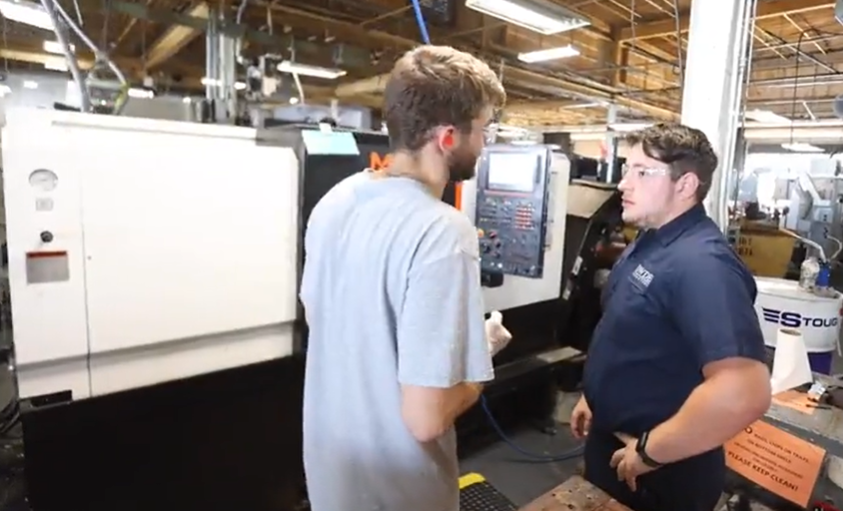 Co-Op represents an immersive career experience for students, particularly those interested in breaking into engineering fields.

“When I think of the word connections, I think about the fact that for 100 years, we have been diligent in connecting students and employers for training and talent.”

While internships offer mutual support, the employer involved is primarily concerned with utilizing the internship to meet its short- and long-term staffing needs.

In stark contrast, a "Co-Op" is a more structured, academic program—one which integrates classroom study with paid, productive, real-world work experience endorsed by CSU. Co-op environments tend to be the preferred choice of engineering employers, who are looking to train students in a systematic way and eventually fill positions with experienced graduates.

And unlike internships, which can be part-time (and often unpaid/underpaid endeavors) the Fenn Co-Op offers a full-time 40-hour work week and academic credit. 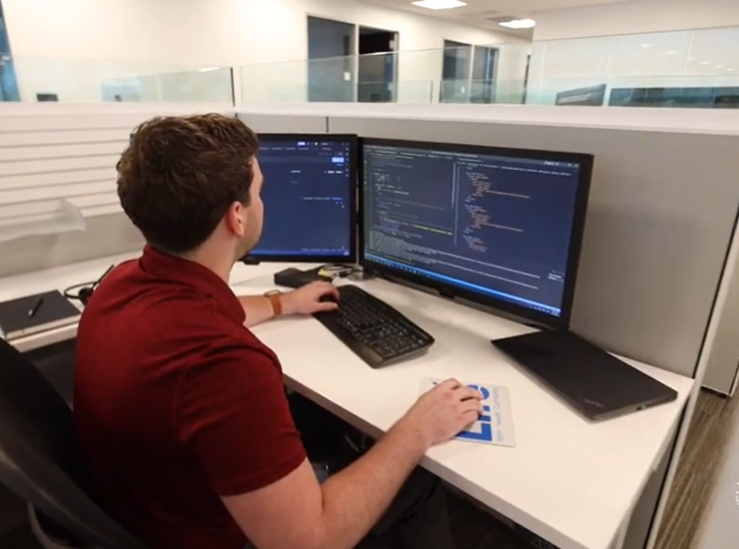 A ‘Competitive Edge’ in the Marketplace

“Having that real-world experience before graduation really gives students a leg up, because the competition out there is heavy in the marketplace and, at the same time, businesses are hurting to hire,” said Erin Elosh, senior manager of the Fenn Co-op Program and Industry Outreach Co-Op advisor.

“Companies and organizations value co-op programs in large part because it provides a feeder system for them to develop and fortify new talent at an early age—and those people already have a foundation that they’ve already learned to build upon,” Elosh added. “There are so many things you can learn in a co-op that you just can’t learn in a classroom. Theory and information become technical skills in co-op environments,” she said.

“You’re learning soft skills in the process as well; how to excel in interpersonal communication, learning and navigating corporate culture, time management—intangible-but-critical things you don’t get from a lecture hall or textbook. That is a competitive edge that students can take directly into the marketplace.”

To that end, students complete three to four semesters of co-op education, which often results in immediate employment with any number of organizations, government agencies, industrial manufacturers, consulting firms and private engineering enterprises.

The Fenn Co-op Program FAQ fleshes out many of the details on getting involved, but here’s an action item for students to make some connections right away. 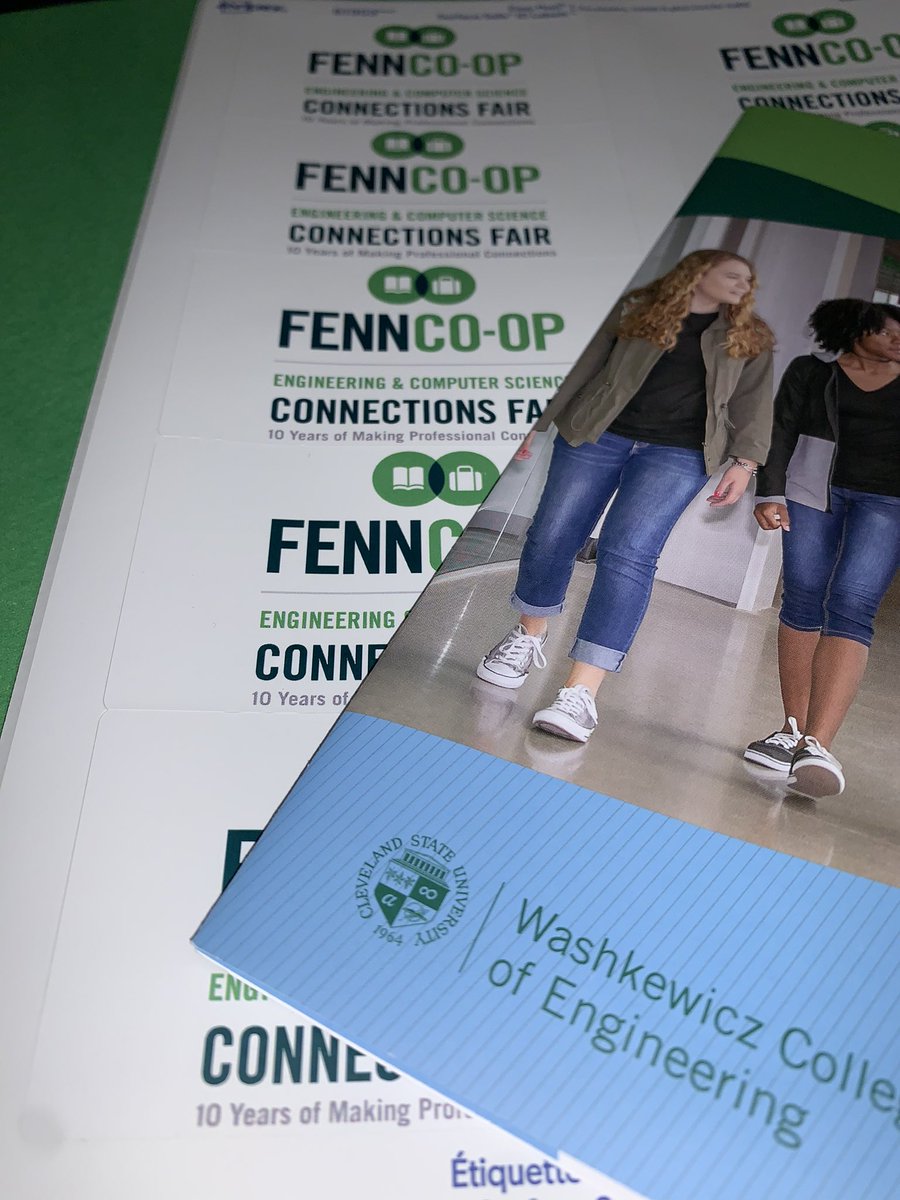 Twice a year, the Fenn Co-op Program holds the largest career fairs on Cleveland State University’s Campus. The Engineering and Computer Science Connections Fair provides an opportunity for students to meet with potential employers from a diverse group of companies to learn about co-op, internships, and full-time opportunities; as well as interact with faculty and engage with the Fenn Co-op Program.

“For the last 10 years, our Connections Fair has been a huge success—and each year we set a record in terms of the number of employers and students who participate,” said Dr. Schoephoerster.

This year’s edition will feature 130 different employers. As a CSU tradition formerly held in Woodling Gymnasium, the fair has clearly grown. "Exponentially so," said Elosh, delighted. adding that starting this year, the venue has changed to the much larger Wolstein Center.

“We were cautious about expanding, but we also sold out spaces within a month of opening the registration,” she added. “And that means we have room to grow, which is a great problem to have!”

As we mentioned at the top, centennials are a big deal. Here is a timeline (along with a detailed synopsis) of how things unfolded for the Fenn College Co-Op, from its humble, late 19th century beginnings, up through and including the founding of the Cleveland State University that we’ve all come to know and love: 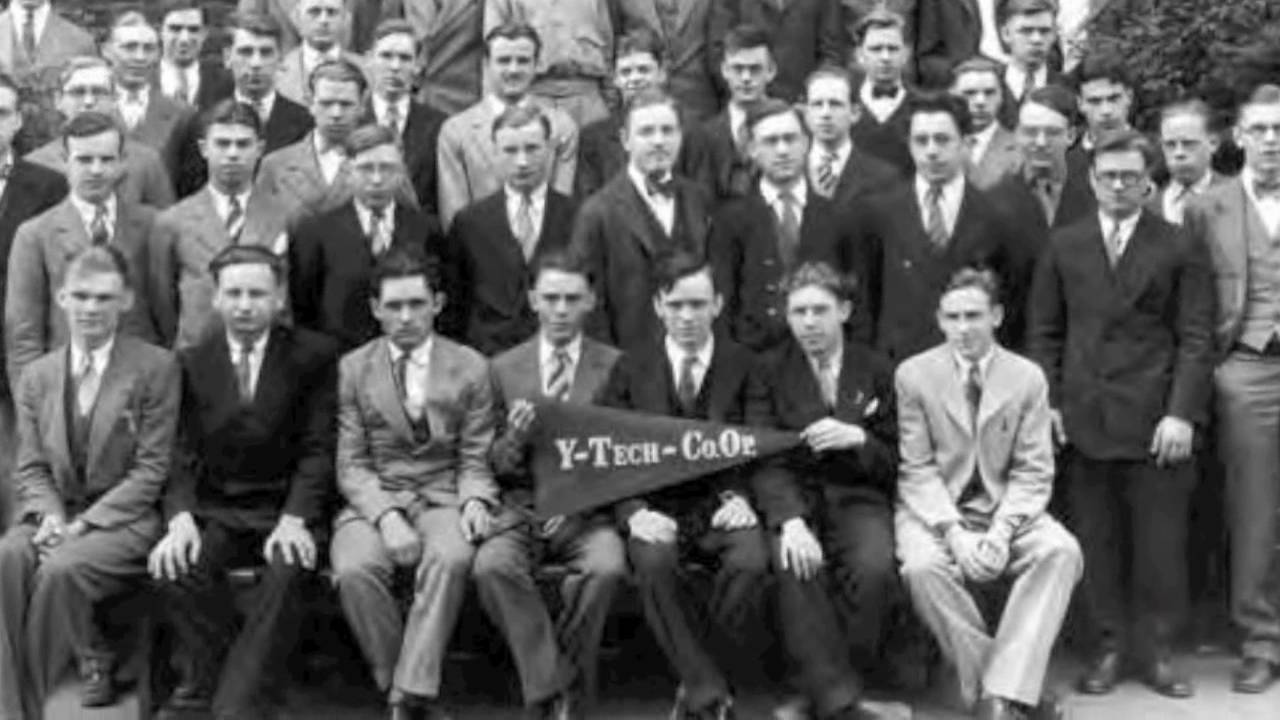 1906: YMCA program is reorganized as the “Association Institute.”

1921: Renamed Cleveland YMCA School of Technology, or “Y-Tech” for short.

1923: “Y-Tech” offers first courses in engineering and business toward a bachelor’s degree. This is now the official claimed founding date of Fenn College; it was originally claimed as 1881, with the original YMCA program. This version of what would become Fenn College becomes the fourth college in Ohio to adopt a cooperative education program—alternating periods of classroom work with on-the-job work experience. Required for all-day students, this co-op split schedule was optional for evening students.

1929-1930: Officially renamed “Fenn College” after Sereno Peck Fenn, early partner of Sherwin-Williams and president of the Cleveland YMCA for 25 years. Fenn, who died in 1927 and is buried at Lake View Cemetery, bequeathed $100,000 to Fenn College in his will, which in turn further fueled the development of the college. Fenn College would take over several area buildings including Fenn, Stilwell* and Foster Halls.

1937: In need of more classroom, lab and administrative space, Fenn College purchased the National Town & Country Club building at East 24th St. and Euclid Ave. -- becoming only the third college in the United States to have a skyscraper on campus.

1938-1939: The building was renamed/dedicated as Fenn Tower, giving the college a prestigious Euclid Ave. address. It would undergo later renovations that would earn Fenn Tower the nickname “The Campus in the Clouds.”

1940: Fenn College’s reputation is further enhanced with accreditation by the North Central Association. 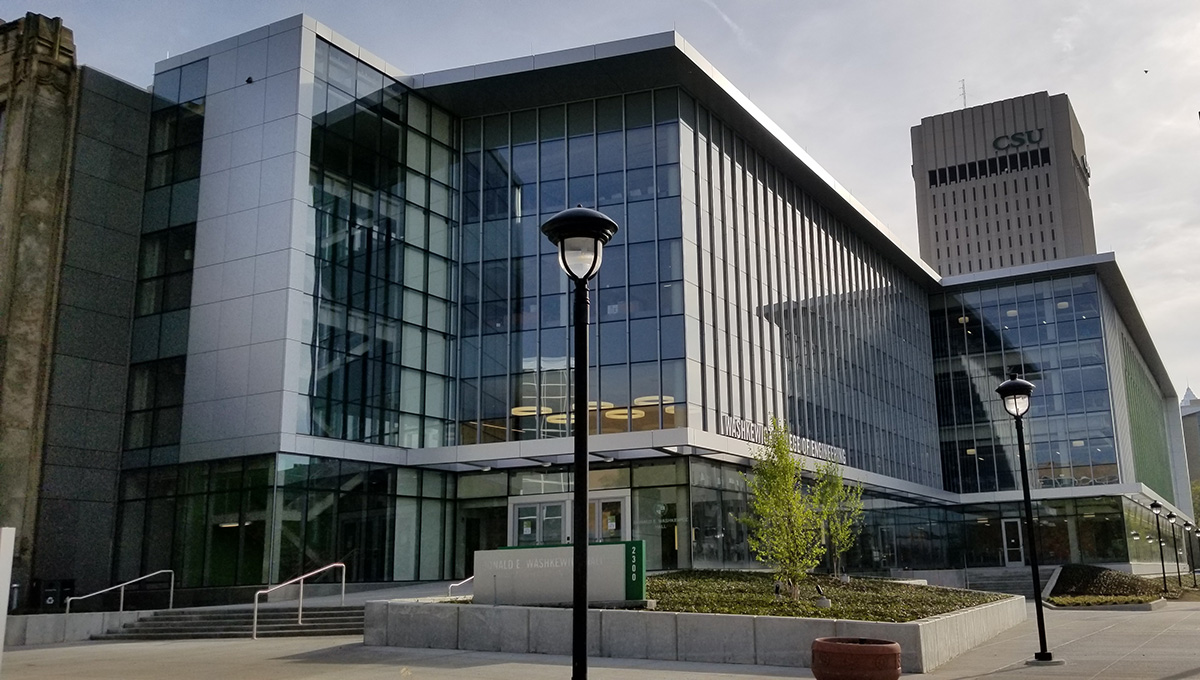 1948–1951: Fenn College constructed Foster Hall, an engineering classroom and laboratory building funded by a donation from Cleveland entrepreneur Claude Foster in 1949 and, at the recommendation of the North Central Association, separated its operations from those of YMCA in 1950.

1963: Pressure from regional education competition and financial hardship pushed Fenn College to release a plan to develop into a state university with the existing college as its core.

1964-1965: On December 18, 1964, Governor James A. Rhodes signed Ohio General Assembly Amended House Bill No. 2 creating Ohio’s seventh state university, “Cleveland State University,” and announced the appointment of a board of trustees. On March 10, 1965, the Fenn College and CSU Trustees reached an agreement incorporating Fenn as the nucleus of the new university, which was then officially ratified on September 1, 1965.

* Stillwell Hall is renamed, reinvigorated and Fenn College becomes the Washkewicz College of Engineering after a transformative gift  from alum/ former president/CEO of Parker Hannefin Corp. Donald E. Washkewicz and his wife Pamela.

Learn more at the Cleveland Memory Project at www.clevelandmemory.org/fenn/history.html.