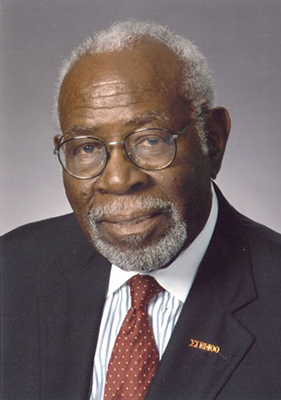 Madison, a Cleveland native, was the local architect of record for many landmark Cleveland buildings, including First Energy Stadium and the Rock and Roll Hall of Fame and Museum. He also designed CSU’s Science Research Building.

A true pioneer, Madison was the first African American to receive an architectural degree in Ohio. In 1954, he founded Robert P. Madison International, the first black-owned architectural firm in the Midwest. He brings to his work a natural gift enhanced by graduate degrees from Harvard University and L’Ecole des Beaux Arts in Paris. He has been recognized and honored not only for his talent, but also for his strong ethical standards, commitment to social responsibility and mentorship of other African-American architects.

The CSU salute to Madison is part of the Levin College’s In Tribute series, which raises money to support scholarships for students who aspire to careers in public service. Individual tickets range from $25 to $250; special ticket packages are also available. Please visit urban.csuohio.edu/intribute/intribute2015 for more information or to register for the event.