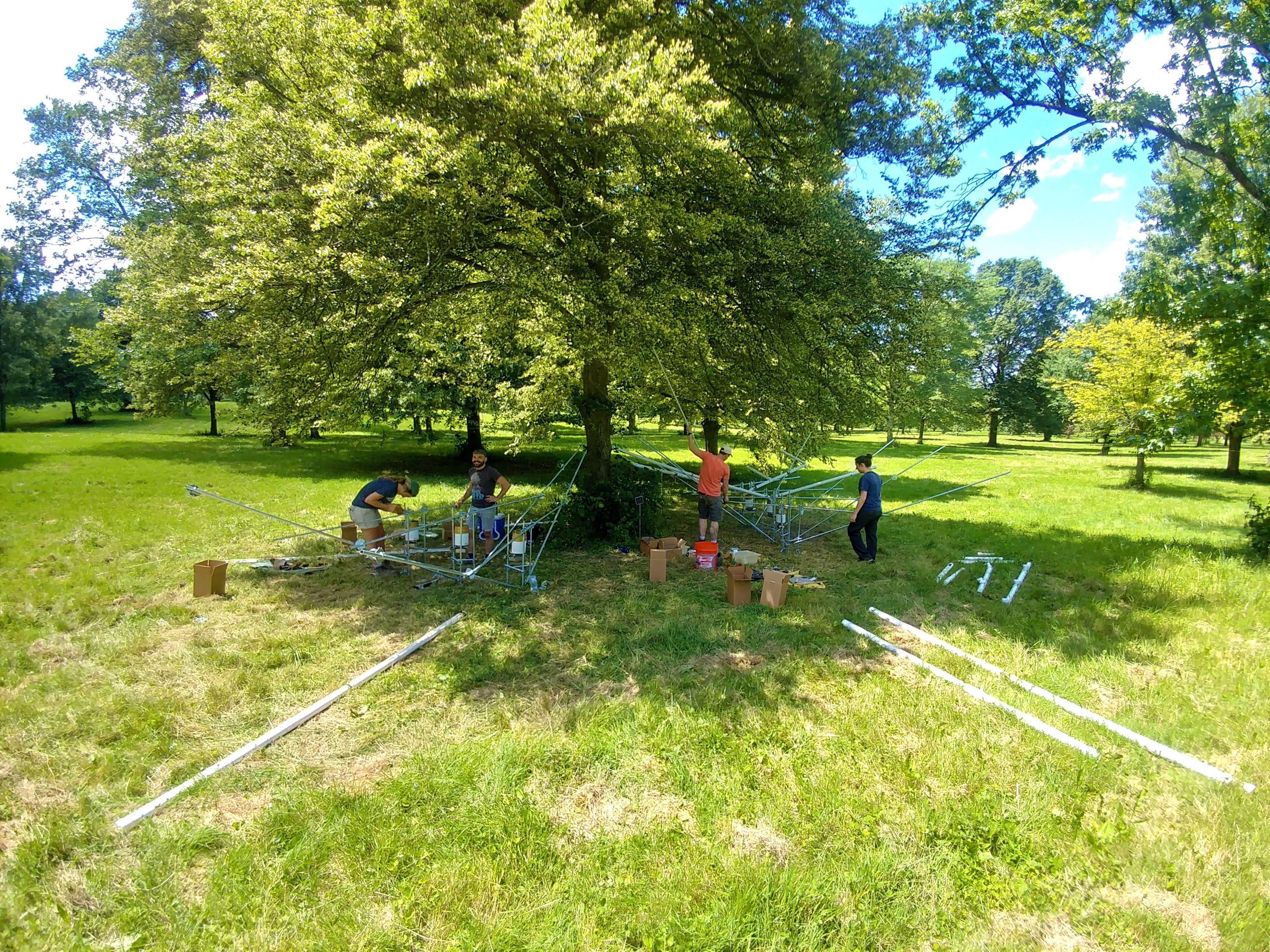 It’s no secret that rainfall in urban areas can contribute to water pollution and flooding, but there are things that can be done to mitigate its effects. Research at Cleveland State University has quantified water flow through the canopy of 11 different tree species and how they intercept and divert rainfall.

Conducted by ecologist Kevin Mueller, Ph.D., assistant professor in the Biological, Geological and Environmental Sciences department of CSU’s College of Science and Health Professions, the research will help forest managers get a handle on tree selection for stormwater management.

The goal is to land on ways to reduce storm sewer inflow and how urban planners plan forestry around development going forward.

The Grey and the Green: Concrete vs. Conservancy

Depending on the ‘grey’ (concrete) and ‘green’ (plant life) infrastructure in place in any given environment, the plant selection “can most definitely influence the movement of rain and the speed with which it moves,” Dr. Mueller (left) said.

“We developed measurement techniques for quantifying how varying tree canopies can impact what happens with that rain,” he added.

Dr. Mueller’s endeavors were funded by the Ohio Sea Grant (via NOAA Sea Grant, the State of Ohio and The Ohio State University). The state-wide program “supports greater knowledge and stewardship of Lake Erie and the Great Lakes” through research, education and outreach.

Engaged Vikings might recognize Dr. Mueller as professor of “Introduction to Environmental Science” (EVS 206), which provides an overview of environmental issues and the scientific basis for understanding both how humans impact the environment and how the environment impacts humans. 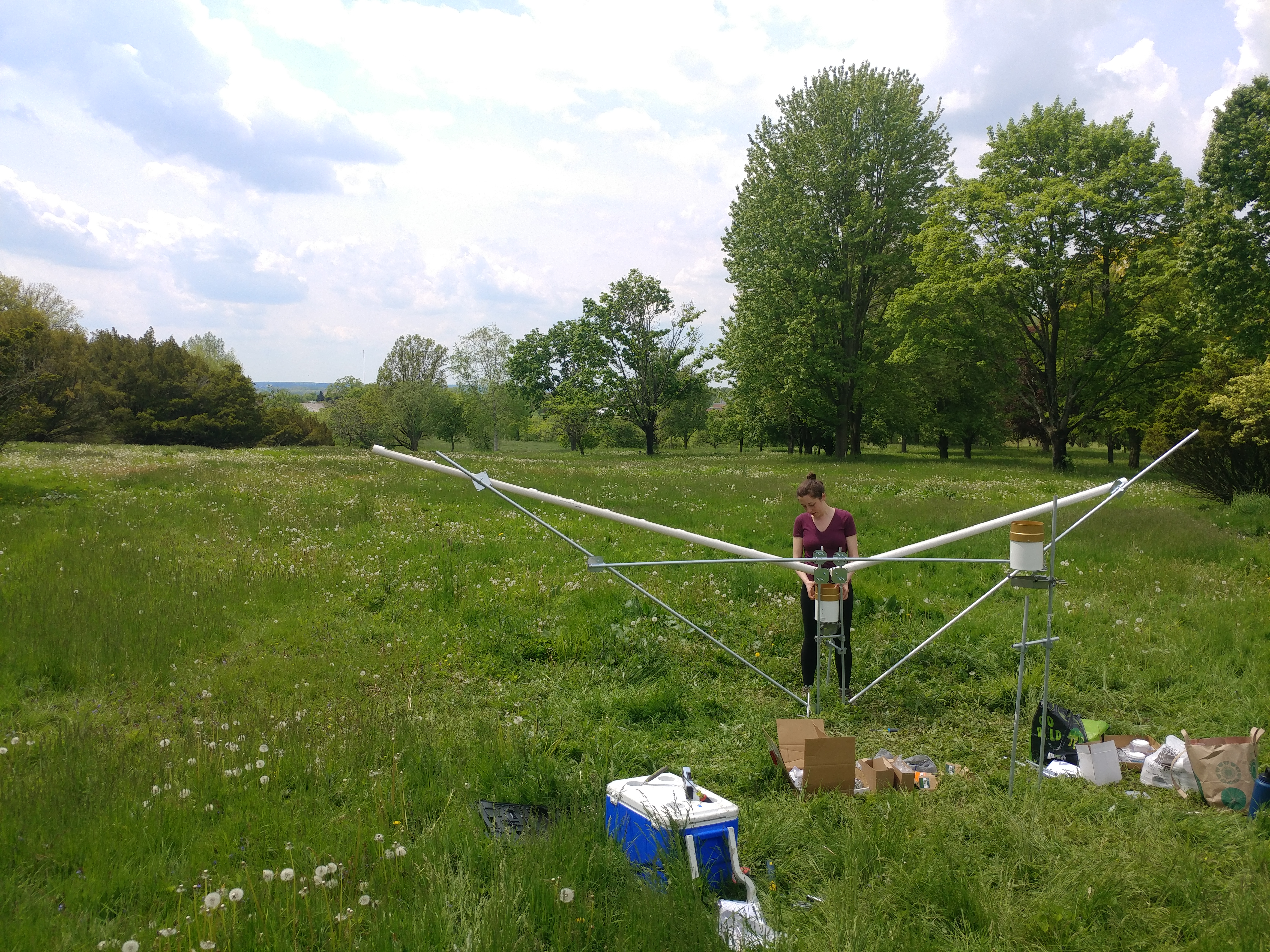 Three graduate students at Cleveland State University—Milos Simovic, Sarah Blair (left), and Sam Leftwich—helped him with the research projects at the historic Lakeview Cemetery in Cleveland and the Secrest Arboretum in nearby Wooster, Ohio.

Together, they focused on “developing an improved understanding of how different tree species, and their ‘functional traits’, influence the ecosystem services provided by trees in cities.”

Dr. Mueller typically studies the interactions between organisms and their environment, along with the resulting consequences – essentially how the ecosystem functions as a result of these interactions. To that end, his work around urban ecosystems is a natural fit.

In this particular study, he and his team looked to the vector architecture, composition, malleability and absorption qualities of leaves, branches, limbs, bark and trunk—all variables that have significant impacts on rain-groundwater integration. 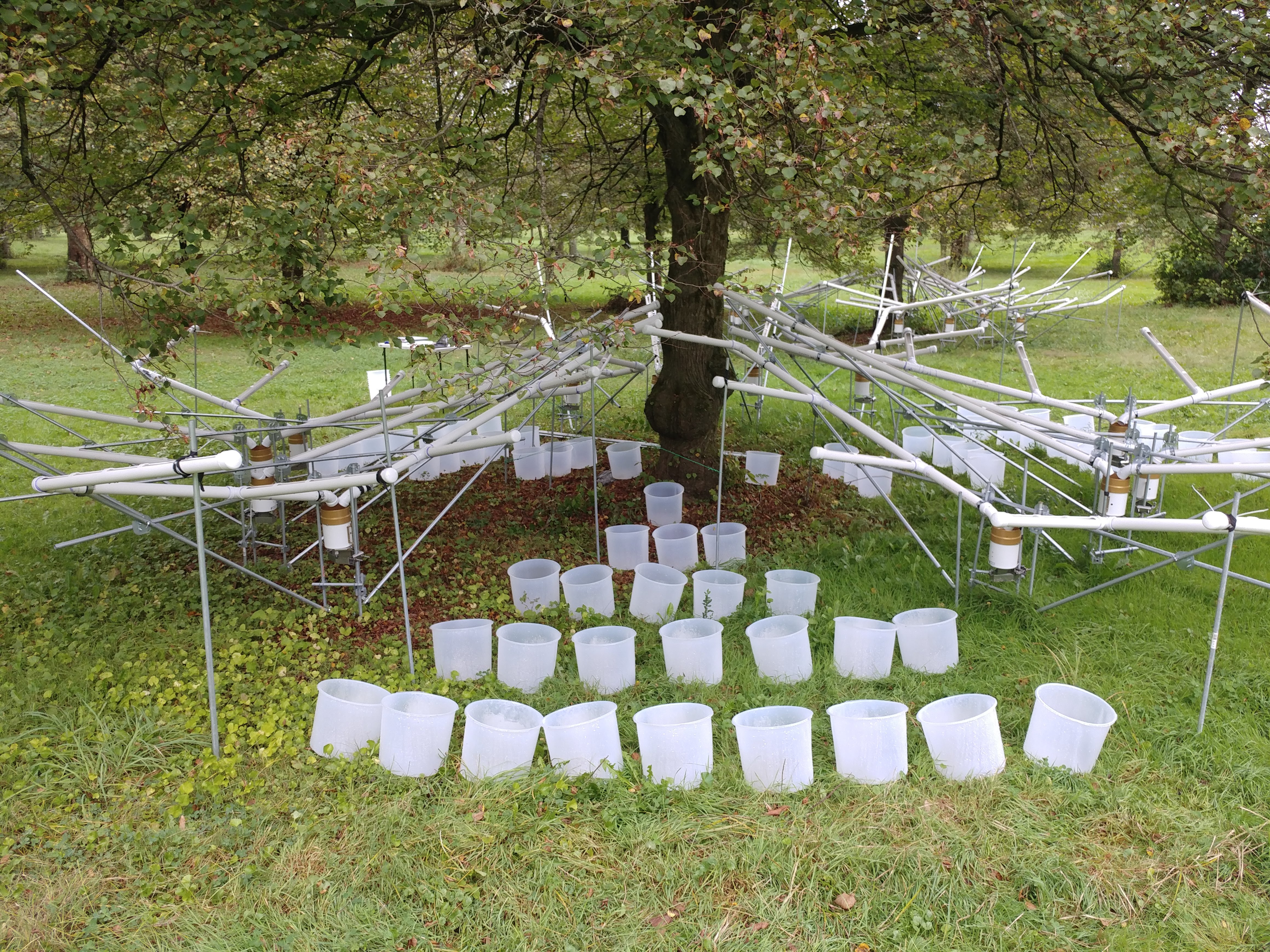 “Ultimately, the data will be used to identify additional trees and tree canopy characteristics for further study, and to provide recommendations to land managers and urban foresters for which tree species and traits can best help to reduce stormwater flows and water pollution.”

Plants and soils are often the focus of his research, “because they serve as the foundation for many ecosystem functions that are beneficial to humans,” he said. Understanding causes and consequences of variation in plant characteristics are integral to both plant function and ecosystem process.

Dr. Mueller, who did most of his collegiate study at Xavier and the University of Cincinnati before pursuing his doctorate at the Penn State, said that Cleveland “has no shortage of ecological mysteries or environmental issues in its history.” He added that the founding of the modern-day Environmental Protection Agency (EPA) has its roots in  as a result of the fires on the Cuyahoga River was “pivotal” to the area’s ongoing engagement in affairs protecting the natural world from harm.

He called the city a “lovely place to work,” and said because the bulk of the study was conducted in a public arboretum and at a historical landmark, his team received “regular questions from visitors” about the aims of the study—not to mention the unique apparatuses (pictured) they used to obtain sample data. 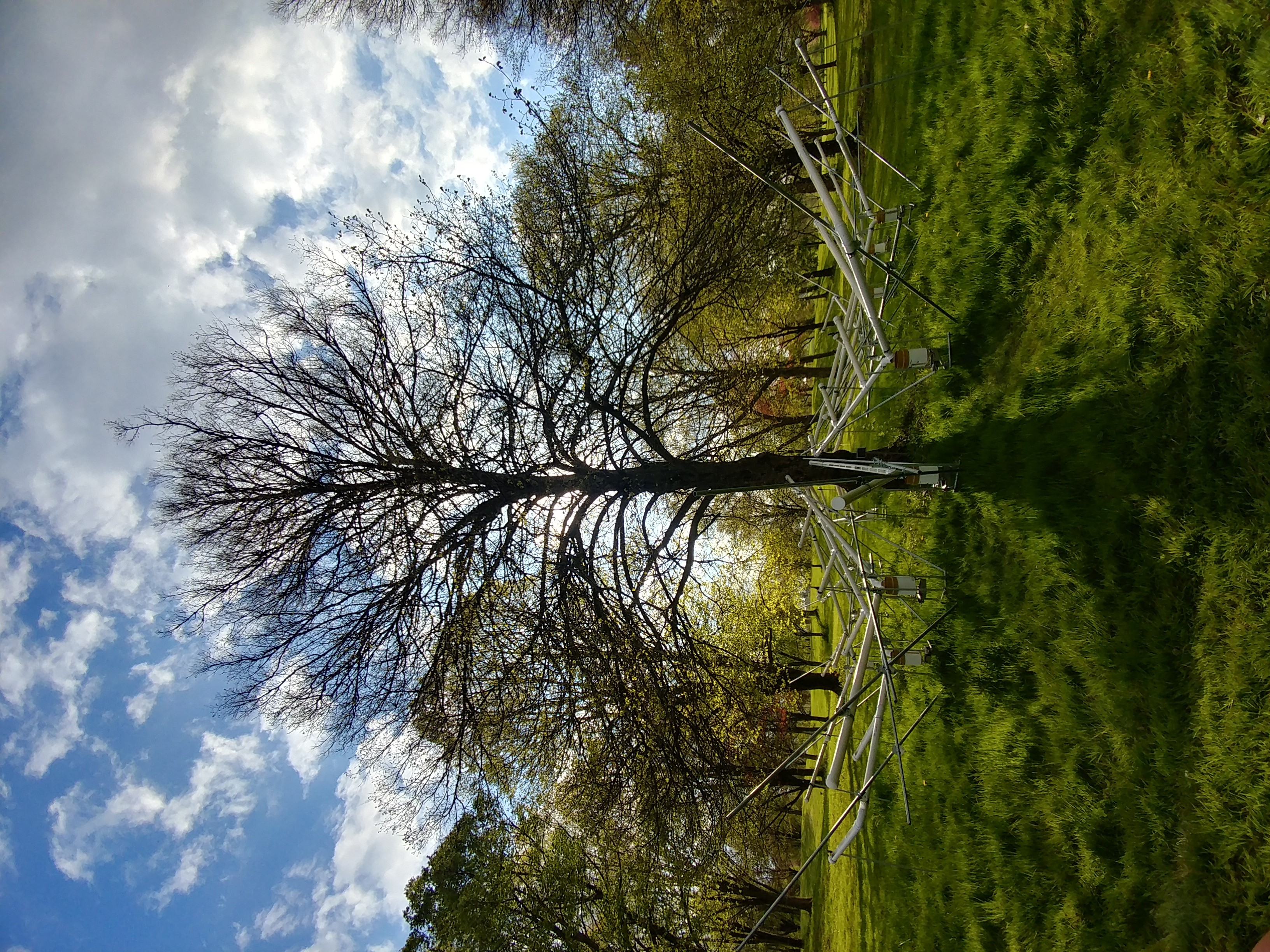 Between the 85-acre research arboretum (which has over 7,000 people visit annually) and one of Cleveland’s more famous landmarks in Lakeview Cemetery, Dr. Mueller said it was a rare occasion to collect data or maintain research infrastructure without talking with visitors.

“Being a visible research team in public spaces really did turn our study into public outreach to a significant degree,” he said.

Dr. Mueller’s research team’s work is tangentially related, as it could also be a critical part of a multitiered approach to protecting Lake Erie and the adjacent Great Lakes, one of the world’s largest freshwater reserves after Brazil and Russia.