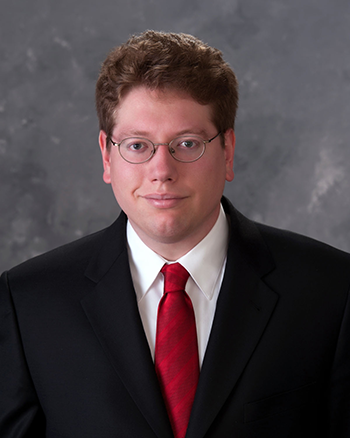 John Plecnik, an associate professor of law in Cleveland State University’s Cleveland-Marshall College of Law, was cited by the United States Supreme Court in the dissenting opinion of Lucia v. Securities and Exchange Commission. The case could have significant implications on how federal administrative judges are appointed by numerous agencies across government.

"It's the honor of a lifetime to see my work cited as authority in a Supreme Court opinion, and I am humbled," said Plecnik.  "I thank Cleveland-Marshall and Cleveland State for supporting my research, and I look forward to continuing my work related to these types of Constitutional questions."

Plecnik has been on the faculty at Cleveland-Marshall since 2010. Previously, he served as an attorney with Thacher Proffitt & Wood LLP, as a law clerk to Judge David Gustafson of the United States Tax Court and as an adjunct professor of law at Georgetown University.