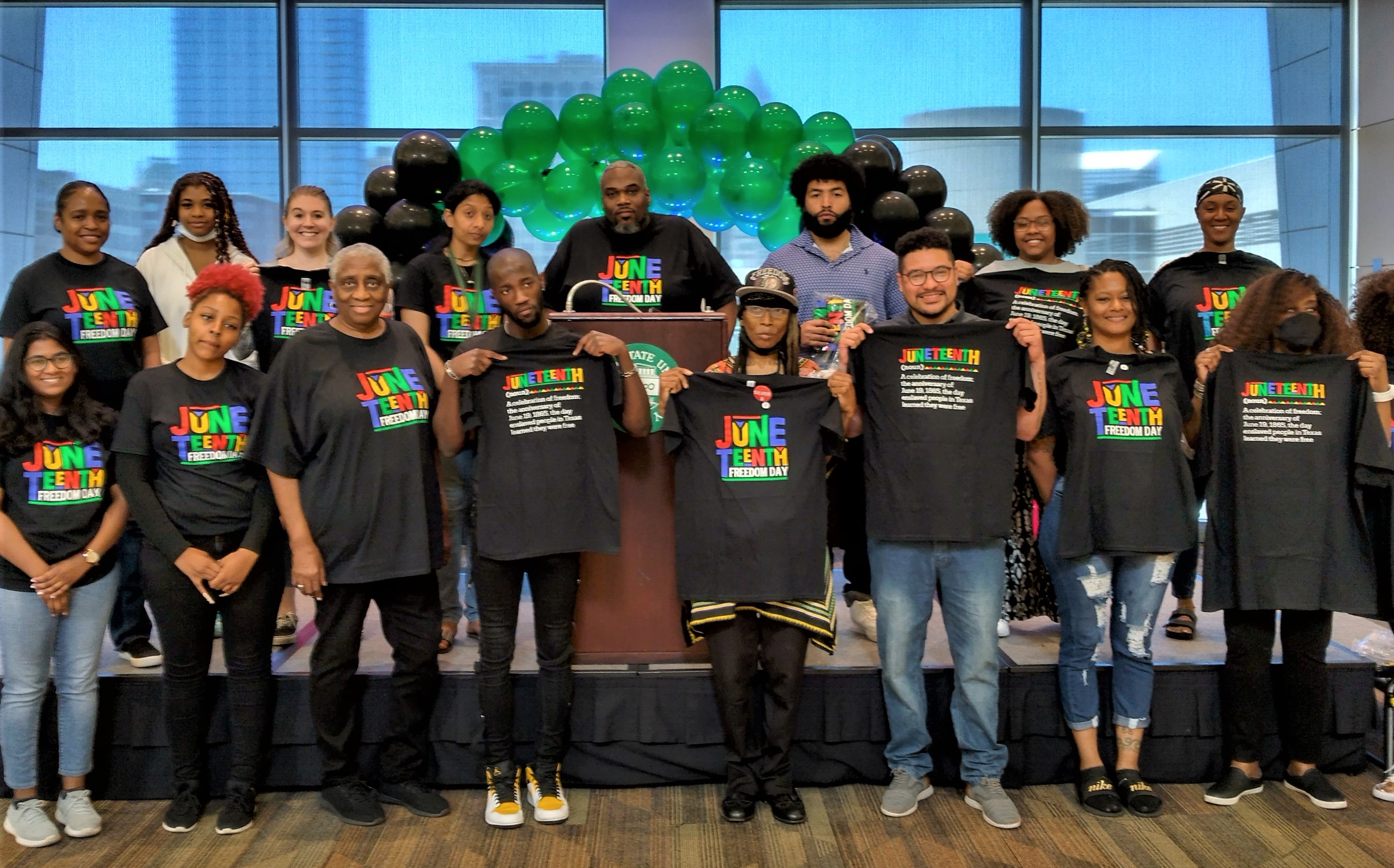 On June 19, 1865, Union soldiers led by Major General Gordon Granger marched into Galveston, Texas, announcing the news that the Civil War was over and slavery had ended. More than 250,000 African American slaves in Galveston learned of their freedom that day—two and a half years after President Lincoln issued the Emancipation Proclamation on January 1, 1863. Although this news was late coming, the revelation ushered in a new time of optimism and hope.

On June 17, 2021, President Biden declared Juneteenth a federal holiday. Nationwide observances include celebrations that highlight Black culture and incorporate reflections on the strength and resilience of a people who overcame and continue to go forth and achieve great success.

This year, CSU's in-person Juneteenth celebration included a special  edition of our ongoing Courageous Conversations series, a spirited Kickball Tournament at CSU's Krenzler Field, a Black Trivia contest and a Block Party--which we recap below in case you missed it.

We hope you found a way to celebrate and reflect!