CSU joins Thousands of Revelers at Pride in the CLE 2022 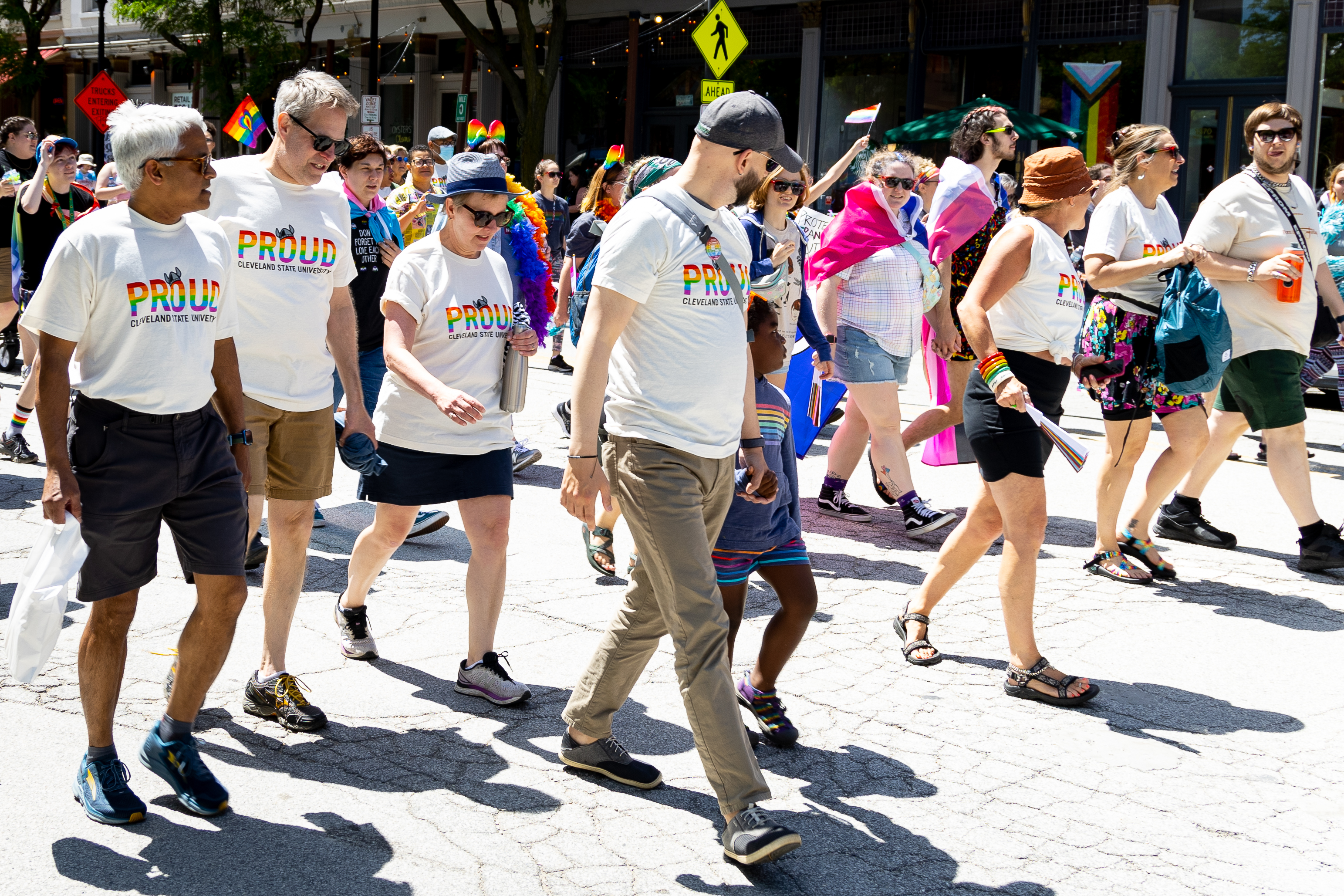 This year’s Pride in the CLE parade, rally and revelries took place on Malls B and C after the step-off and march through downtown Cleveland. The events, which began at noon, offered attendees an upgraded experience—replete with a pair of performance stages, vendors, a health and wellness village, food trucks, games, sports and more.

Even CSU’s Viking-in-residence Magnus was there to meet and greet Northeast Ohio’s many revelers. 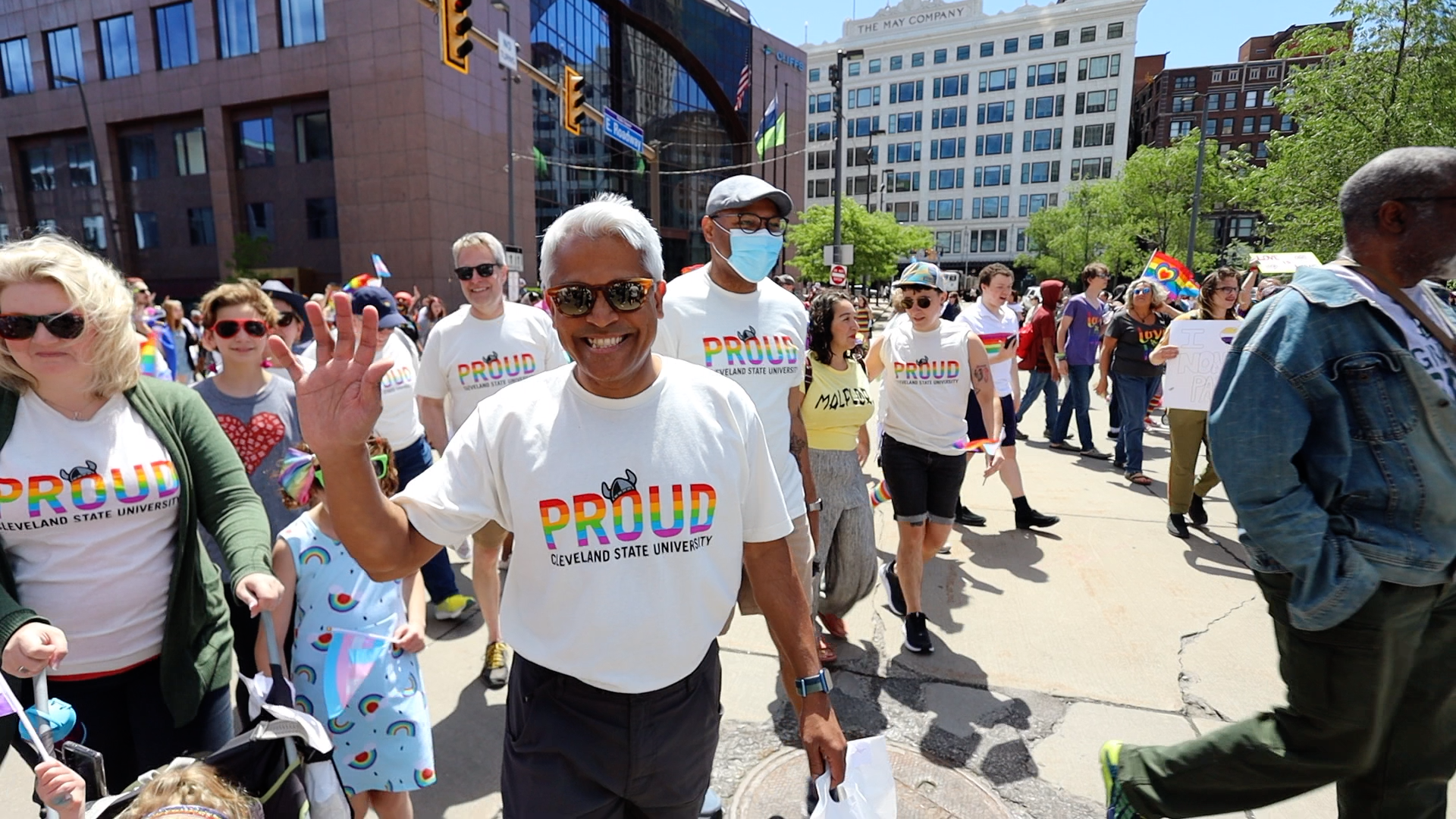 “I’ve received lots of happy feedback about CSU’s participation,” said Kara Tellaisha, LGBTQ+ Student Services coordinator for CSU’s Division of Student Affairs. Tellaisha added that it was “wonderful to see families both of origin and of choice” out supporting the people they love. “I feel so much joy being around so many queer people and allies in one space,” she said.

Pride in the CLE is one of the larger LGBTQ+ events in the Midwest—equal parts entertainment, education and activism—with plenty of diversity, equity and inclusion all on display.

“Saturday was our largest crowd ever,” said Mallory McMaster, president and CEO of the Fairmount Group which organizes Pride in the CLE annually. The 2019 festival, which was held on Public Square, drew an estimated 30,000 attendees. McMaster said this was the main impetus for an expanded outdoor venue, along with the notion that participants would come out en masse after the pandemic.

“We were all incredibly pleased by the turnout for Pride in the CLE and the great response we received,” McMaster told CSU in an interview on Monday, June 6, adding that final attendance figures were expected from the city’s first responders “sometime this week.” 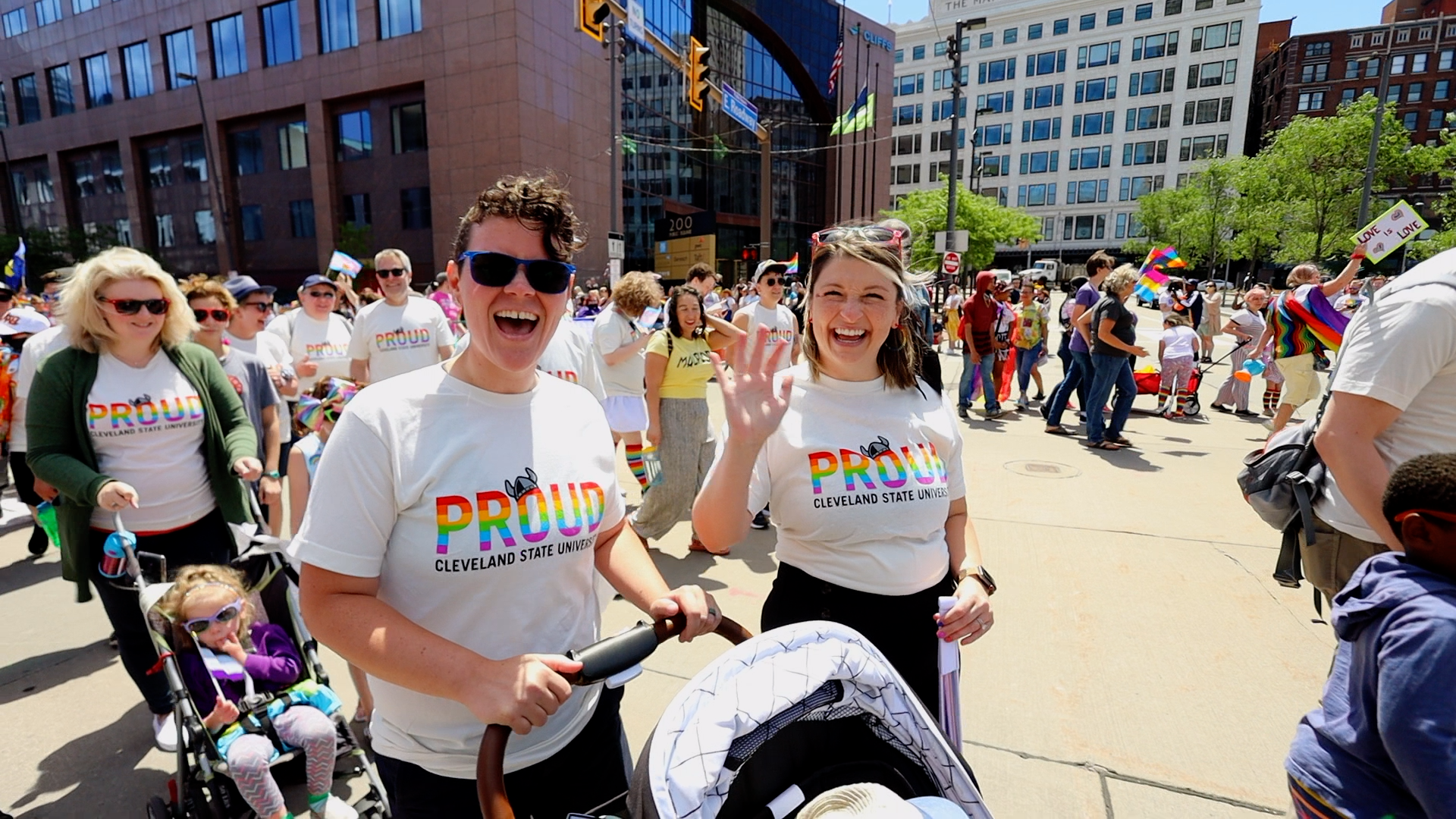 LGBTQ+ Student Services is committed to enhancing the overall educational and social experience of the CSU community. We provide resources, support, and programming that promotes the academic and personal growth and development of lesbian, gay, bisexual, transgender, and queer or questioning (+) students and their allies, and work to create a more inclusive and welcoming campus for all. Learn more about how CSU creates broader societal visibility, advocacy and support on campus and beyond.