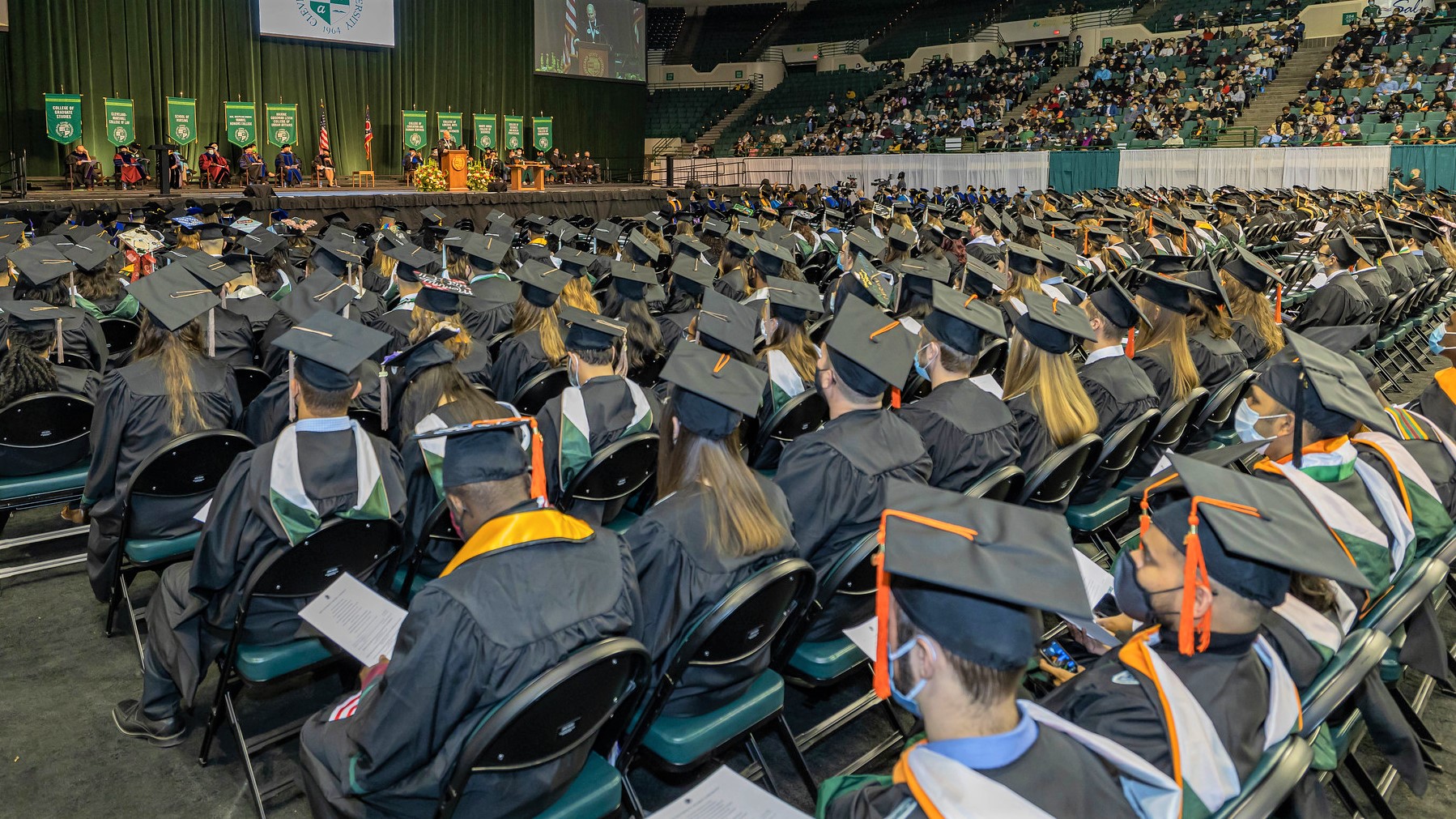 CLEVELAND (December 14, 2021) – This month, Cleveland State University will join seven other Northeast Ohio colleges and universities in an inter-institutional compact to settle collegiate debt and release transcripts of returning students with stranded credits through re-enrollment initiatives.

“Stranded credits” occur when students earn academic credits but cannot access them due to unpaid balances with a previously attended institution, where transcripts are held as collateral. Estimates show that there are 6.6 million students nationwide who have stranded credits, owing $15.4 billion in tuition and fees to former institutions. Approximately 95 percent of all U.S. institutions withhold transcripts in this way.

The pilot compact has an ambitious timeline, but from concept to fruition, former CSU students could re-enroll by Fall 2022.

“Statistics show that approximately 60,000 of Ohio’s 222,000 individuals with stranded credits are in the northeast region of the state,” said David Jewell, CSU senior vice president of business affairs & CFO. “The lasting effect of this collaboration – of putting Ohio first – could significantly improve students’ livelihoods and resolve many of the challenges that surround student debt for all those involved.”

The compact is headed by the Ithaka S+R, part of ITHIKA, a nonprofit organization helping the academic community use digital technologies to preserve the scholarly record and advance research and sustainable teaching. The group’s work could rapidly scale to other institutions throughout Ohio and other states.

Founded in 1964, Cleveland State University is a public research institution that provides a dynamic setting for Engaged Learning. With nearly 16,000 students, ten colleges and schools and more than 175 academic programs, CSU was again chosen for 2021 as one of America’s best universities by U.S. News & World Report, including the #1 public university in Ohio for social mobility. Find more information at www.csuohio.edu.