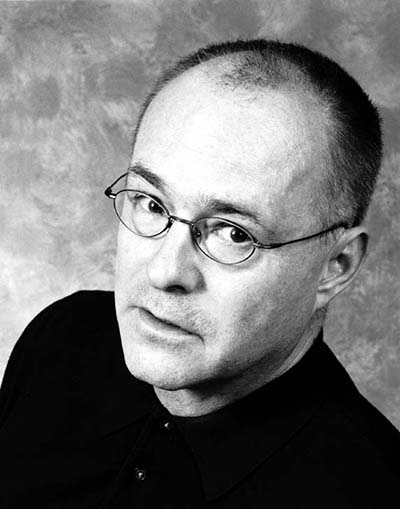 Cleveland State University and Playwrights Local will host the inaugural Mac Wellman Homecoming Festival, a three-day celebration in recognition of the widely renowned, groundbreaking playwright who was born and raised in Cleveland. The Festival is the first Cleveland-based event in honor of this theatrical innovator and accomplished writer of poetry and fiction. The celebration, which will include an appearance by Wellman, will be held on the CSU campus March 23 through 25.

As a playwright, Mac Wellman has been described as an “avatar of alternatives to the well-made play” by American Theatre and “James Joyce reborn as a rap artist” by The New York Times. Not only as an innovative playwright, but as a professor of playwriting, he has been praised by prominent former students as “a teacher who changed my life” who “explodes all the boundaries” and “extends the limits of what's possible on stage”. He has received multiple Obie awards along with NEA, Guggenheim, and Rockefeller fellowships; has had hundreds of productions performed in the U.S., U.K., Europe, and Asia; and founded one of the country’s most prestigious Master of Fine Arts programs at Brooklyn College.

“Playwrights Local was founded to raise the profiles of dramatists in Northeast Ohio,” says David Todd, artistic director of Playwrights Local and curator of the Festival. “Drawing attention to the lineage of playwrights from the area is an important part of that effort. Mac Wellman is certainly one of the most influential playwrights of our time, having inspired so many others through his writing and sage-like encouragement. We’re glad to finally showcase him here in Cleveland.”

“CSU is proud to partner with the local Cleveland theater community to celebrate the brilliance and influence of Mac Wellman,” adds Jeff Karem, chair of the English Department at Cleveland State. “This is an excellent opportunity for our students to learn about the creative process from one of the most innovative writers in contemporary theater.”

The Mac Wellman Homecoming Festival features productions and readings of many of Wellman’s classic plays including Cleveland, Bitter Bierce, Harm’s Way, and The Sandalwood Box. There will also be a Q&A with the playwright, an exhibit of memorabilia, a panel discussion, and an open wrap party. The Festival’s primary locations will be Drinko Hall and the Michael Schwartz Library, both on the campus of CSU. The Festival will feature performances by Playwrights Local, Theater Ninjas, convergence-continuum, Baldwin Wallace University Department of Theatre and Dance, and Cleveland State University Department of Theatre and Dance.

Complete information on the Festival, including a schedule and a Mac Wellman press pack, is available at http://playwrightslocal.org/mac-wellman-homecoming-festival/.