Hello! Nice to Meet You.

The staff that runs and manages the CSU Recreation Center is a diverse and talented group of professionals with unique skills and expertise that set us apart from the everyday operations of similar facilities. We strive for the best in order to create an amazing experience for our students and members each and every time they visit the CSU Rec Center. Get to know us and feel free to say hello! 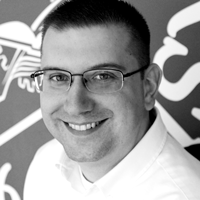 Nick Froelich is quite familiar with Campus Recreation Services ñ it's given him the opportunity to live in three states and develop his skills in various positions within Student Affairs. But when an opportunity arose in Cleveland back in 2011, he took it as a chance to come back home as he is a native of Perrysburg, Ohio. After serving in three distinct roles at CSU, Nick was promoted to Director in April 2016. When he's not at work, you can find him spending time with his family, performing home improvement projects, pouring over his fantasy sports franchises, traveling, playing golf or rooting on the Red Sox, Buckeyes, Vikings, Cavs, and Browns. 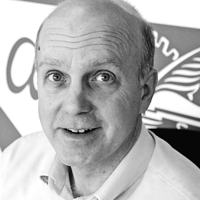 Joe Stolitza has been working at the Rec Center almost since its opening. He was hired as Business Manager six months after the facility opened. Joe – a.k.a. Joe Money – handles all the financial and human resources aspects of the Rec. He enjoys working on the variety of tasks his job brings and hopes to put in place solid business practices to meet the changing dynamics of the Rec. One of his favorite parts of working here is watching how the Rec constantly updates itself and keeps up with current fitness and wellness trends. Joe enjoys golfing and cycling in his spare time. 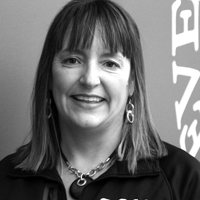 Michelle Rieger comes to Cleveland State University with over twenty years of experience in parks & recreation and private recreation. She directly oversees facility operations at Campus Recreation Services. Michelle also serves as the Risk Management manager. When she’s not working, Michelle can be found experiencing many of Cleveland’s favorite attractions, events, restaurants, or outdoor recreation venues. 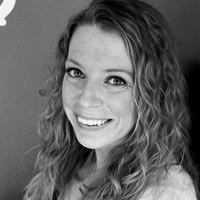 Melissa Albers joined the CSU Campus Recreation Services team in May 2014 after graduating with her Master’s degree in Kinesiology and Health Promotion from the University of Kentucky. Melissa is responsible for the direct oversight of the fitness and wellness programs including group fitness, personal training, instructional programs, nutrition, and massage therapy.  When she is not at the Rec, you can find her rooting on the Cleveland sports teams, going on adventures, or trying out local CLE eateries. 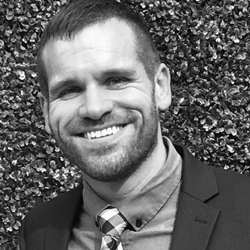 After graduating from Cleveland State University with a Bachelor's degree in graphic design in 2006, he started work at Penton Media in downtown Cleveland doing graphic design for the Buyers Guides division. In October of 2008, he moved to Meister Media Worldwide in Willoughby, OH, continuing with graphic design and marketing. Following a nearly five-year tenure with Meister, Matt joined the CSU Campus Recreation Services in August 2013. In addition to putting his creativity to use in his work, Matt loves to write and record his own music, and also enjoys cooking and painting in his free time. 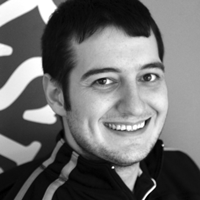 Beginning as a Rec Attendant, Jason worked his way up from an undergraduate student to the Graduate Supervisor of Marketing & Membership.  Upon completion of his Master’s degree, Jason became the Member & Guest Services Coordinator, responsible for overseeing the daily operations of both the Customer Service Desk and Pro Shop.  Jason was recently promoted to the Assistant Director – Member & Guest Services, which allows for further cross-campus collaboration.  Jason’s favorite part of the job is interaction with patrons and empowering his student staff to further their professional development in order to prepare them for after graduation.  He views the Rec Center as an open and cohesive environment that allows employees to work together as well as cater to a diverse population of students, faculty/staff, and community members.  Outside of the Rec Center, you can typically find Jason cooking, reading, and travelling. 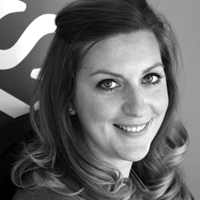 Katie has worked in various capacities at the Rec Center. After starting as a marketing intern in 2009, she has worked her way up as the Member & Guest Services Coordinator, Assistant Director of Member & Guest Services, and more recently the Assistant Director of Scheduling & Operations. She enjoys working with and mentoring students in the college setting. Katie is heavily involved with the Cleveland Volleyball community and regularly competes in sand leagues/tournaments and indoor leagues/tournaments. When she is not participating in volleyball leagues and tournaments, you can find Katie travelling, exploring Cleveland, taking Yoga classes, and working out. 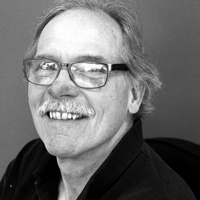 Brian Boesch is one of the first people to arrive at the Recreation Center every morning. As Building Maintenance Manager, Brian arrives before sunrise to ensure the facility is up and running before it opens each day. With more than 30 years experience in the maintenance industry, Brian is very skilled at his job. His favorite part of working at the Recreation Center is working with the young student staff. He enjoys training and teaching the staff new things that they may not learn elsewhere. Brian believes the facility has progressed a lot in the past six years, and he would like to see the Recreation Center continue to bring in good quality staff members who are eager to learn and work. Brian also works for the Lake Erie Monsters and attends many hockey games in his spare time. 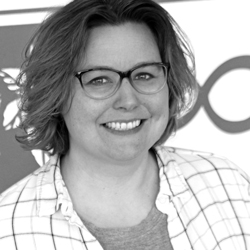 Melissa Evers has been in the aquatics industry for more than 20 years, beginning as a lifeguard at summer camps before moving into medical fitness and municipality recreation. She earned her undergraduate degree in Middle-Level Education from the University of Akron and immediately began a graduate licensure cohort in Special Education, also at the University of Akron. After teaching 5th and 6th-grade general and special education for several years, Melissa returned to full-time aquatics and recreation. While she loves teaching learn-to-swim programs, her favorite aspect of aquatics is training lifeguards and swim instructors. In her free time, Melissa spends her time outdoors as much as possible, including hiking, camping, and having adventures with her husband, daughter, and son.

After completing her Bachelor’s degree in Film and Interactive Media, Mackenzie is beginning her Master’s Degree in Adult Learning and Development, specializing in Higher Education, where she then plans to continue her career within campus recreation. She started at the Recreation Center as a rec attendant and made her way to Facility Manager, while also holding positions within our summer camp program. In her free time, Mackenzie likes watching new movies, exploring, exercising, and spending time with friends and family.
​​​​​​​ 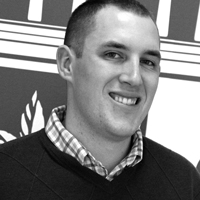 After graduating from Ohio State University with a Bachelor's degree in Marketing in 2013, Chris began working full time with Ohio State Rec Sports as an Administrative Program Assistant. He then moved to Texas to become the Graduate Assistant of Facilities at Texas A&M University while he completed his Master’s degree in Recreation, Parks, and Tourism Sciences. Following his time in College Station, Chris moved to Austin in June 2016 where he became the Assistant Director of Indoor Satellites at The University of Texas at Austin. Following his two and a half year tenure with UT Austin, Chris joined CSU Campus Recreation Services in December 2018. In his free time Chris loves to travel, play basketball and golf, fine-tune his guitar playing abilities, and attends a variety of concerts and music festivals. 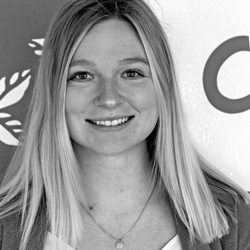 Brooke started out at the Recreation Center in 2016, working as a Recreation Attendant, Customer Service Representative, Membership Representative and Camp Counselor. After completing her Bachelor’s degree in Health Sciences, She is pursuing the Master of Occupational Therapy program. She is excited to continue her work at the Recreation Center as a Graduate Supervisor of Aquatics and Adventure Recreation. Brooke can be found spending time with friends and family, exploring Cleveland, and reading. 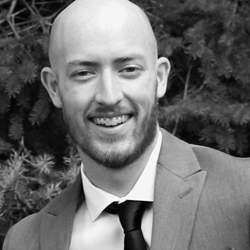 Andrew began working at the CSU Rec Center in 2016 as an Intramural Referee where he eventually became a supervisor in the department. He also held positions such as Court Monitor, Rec Attendant, Membership Rep, Operations Supervisor, and Camp Supervisor. Andrew recently graduated from CSU with a Bachelor's degree in Political Science, as well as International Relations, and is currently attending Cleveland Marshall College of Law pursuing a J.D. He is excited to continue his work as the Graduate Supervisor of Competitive Sports and Camps and is looking forward to growing the programs the Rec Center offers. When not at work he can be found playing volleyball either for the CSU Men's Club team or in AVP Beach Tournaments. 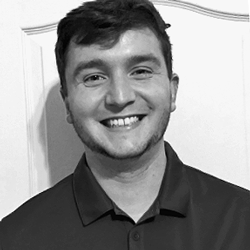 After completing his Bachelor’s degree in Sport Management at Bowling Green State University, Jay is currently working on his Masters in Sport Management at Cleveland State. Previously, Jay worked in game and event management at both BGSU and the University of Notre Dame, and is very excited to get started at CSU! In his spare time, Jay can be found reading, spending time with his family and watching and playing sports.
​​​​​​​ 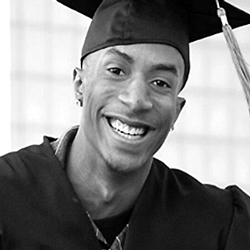 After graduating from Malone University with his Bachelors degree in Sports Management and a minor in Marketing, Dallas decided to come to Cleveland State University to pursue his Masters degree in Sports Management. Dallas has always loved sports and people. He has worked different jobs, including coaching a youth league and working with the Browns as game-day staff for both regular and preseason games. Dallas enjoys playing sports and hanging with family and friends during his free time. 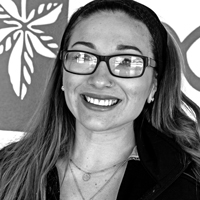 After completing her Bachelors in Public Health with a minor in Nutrition at Ohio University, Kristen came to Cleveland State University to pursue her Masters in Public Health. Kristen has a strong passion for health and wellness, so being a part of campus recreation is very fulfilling. Kristen loves instructing/training clients of all fintess levels and helping them reach all of their fitness goals! In her free time, Kristen likes exploring Cleveland, working out, gardening, and spending time with family and friends.
​​​​​​​ 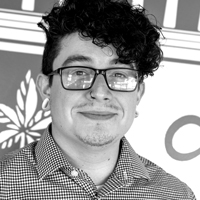 Alex has been a part of the CSU Rec team more than 4 years now, starting as a Rec Attendant and working is way up to Facility Manager (now titled Operations Supervisor). He began in his Graduate Supervisor position in October 2018 and officially started working towards his graduate degree Spring 2019.

Sept. 24: HEADS-UP! The 6pm F45 class tonight has been cancelled.
Click here to view all of our closures, modifications and announcements.
For university updates and information concerning the coronavirus, click here.