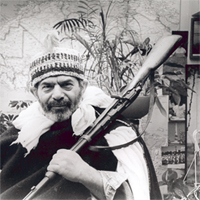 Attempted the establishment of a social science research program in the College of Pedogogical Sciences which floundered because of an inadequate dial-up computer system. The government recently installed a broadband and fiber optics telecommunication system which will enable my program to continue.

I also ran workshops for the faculty and administrators on research proposal writing and identifying funding agencies.

Initiated a faculty/student exchange program which is struggling to be implemented.

Facilitated an on-going attempt to send books and computers to Bahir Dar University . The government recently allowed these items to be received without duty charges. But they still will not allow medical supplies duty-free even though the only hospital in Bahir Dar does without sheets, blankets, and urgently needed medical supplies.

Initiated a series of women's support groups led by an Ethiopian woman and an American woman, both on the faculty of the English department. Because of pronounced gender inequality, the support group will encourage women to articulate their issues, problems, conflicts, joys, and dreams in a nonthreatening environment. Their stories will be taped and transcribed in Amharic and then translated into English for later analysis, focusing on gender identity, social role status and conflict, and future goals.

I capped off my 3 month stay in Ethiopia by trekking in the spectacular Semien Mountains where my wife, Wendy, and I, along with our American English professor friend, Katherine, and a cook, a guide, and an armed scout, climbed the 5 th highest mountain in Africa, the 2 nd highest in Ethiopia, Mt. Bwahit at 14,656 feet elevation—a spiritual experience.

Photos: Me, Journaling | Atop Mt. Bwahit

Contributed to the establishment of the Master's Program in Anthropology at Addis Ababa University and set up the department's anthropology library with 3.500 volumes. The class consisted of 26 Ethiopian men and 1 German woman.

I can count several very significant experiences over the 2 year period, but one outstanding achievement was helping my veterinarian friend escape from the country after he was arrested and tortured on two three occasions and then learned that he was 5th on a hit list of which four of the top list were already found in ditches along the road. Rejected by the U.S. Embassy in Addis Ababa, bribing the Minister of Interior for an exit visa, winning a visa to America in German and finally being granted plitical asylum in the U.S., gave my friend the chance to continue his graduate study earning a Ph.D. in molecular biology at the University of North Carolina where he is now on the faculty, married to his Ethiopian sweetheart and with a child and a new home. (That's a highly abbreviated version of a long and harrowing story.) 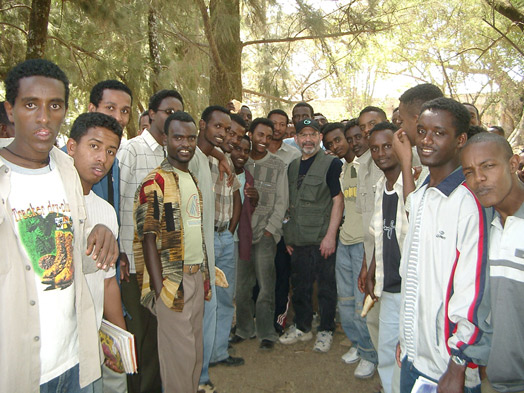 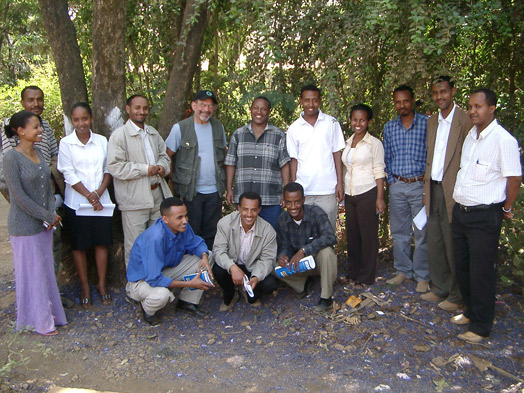 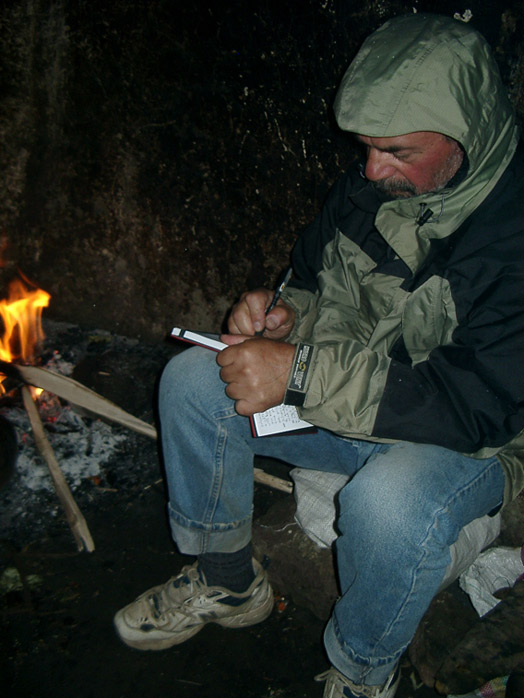 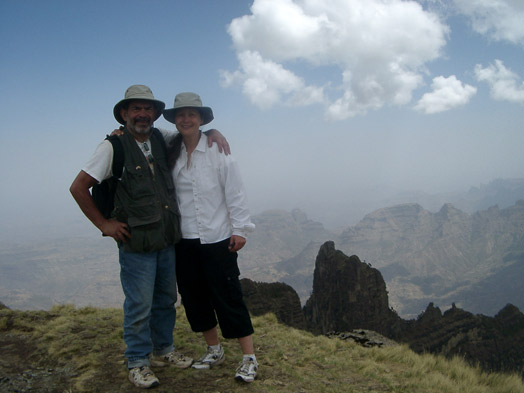