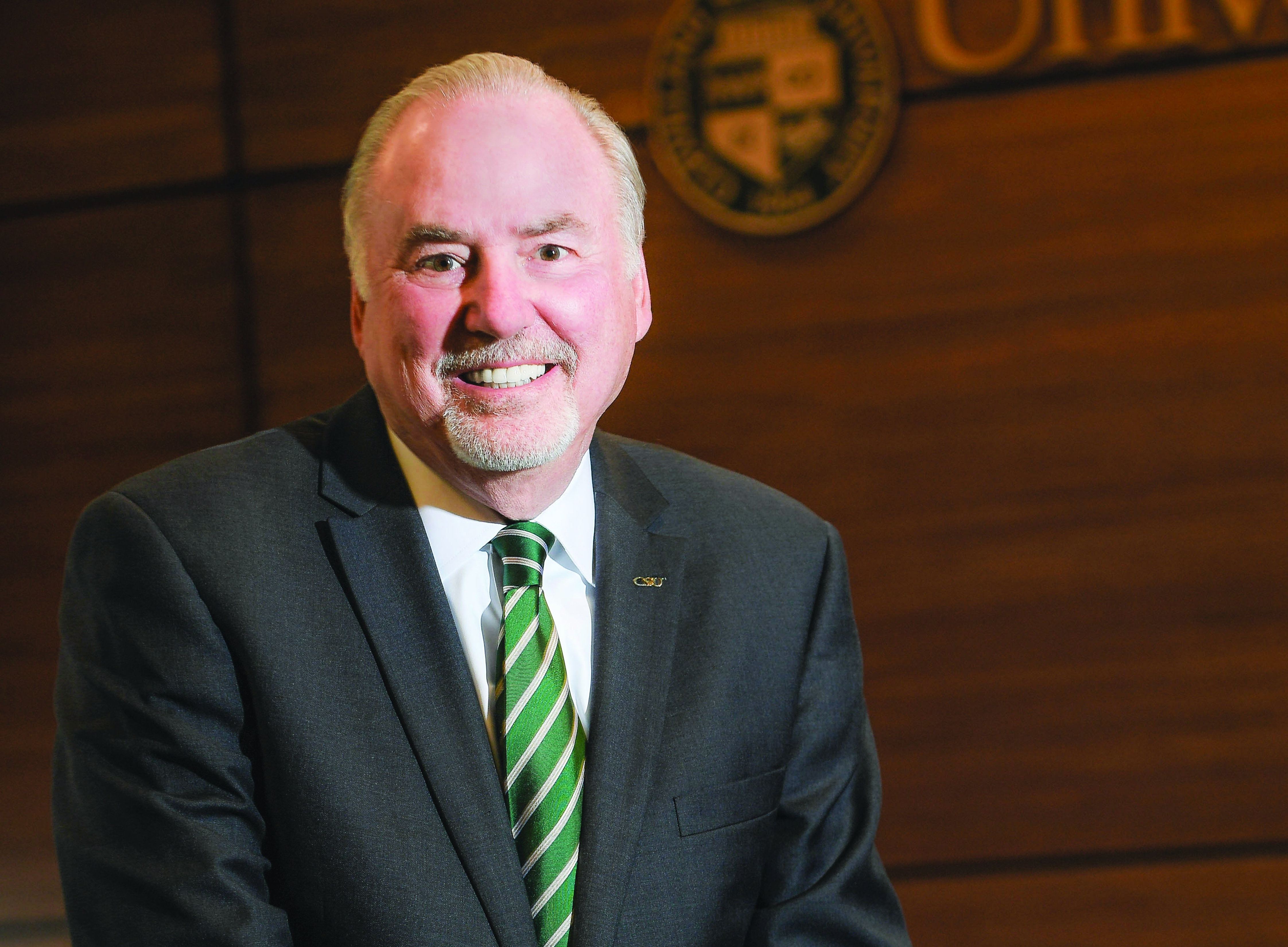 Dr. Ronald M. Berkman was unanimously selected as the sixth President of Cleveland State University by the CSU Board of Trustees in 2009. His vision for transforming CSU into a best-in-class urban research university has been marked by forward thinking and forward momentum in pursuit of Engaged Learning, the philosophy that embodies CSU’s dedication to accessible, contemporary and hands-on higher education.

Dr. Berkman has championed a series of innovative student-success initiatives to help students graduate on time, with less debt and fully prepared for career success. In recognition of these efforts, CSU won the Excellence and Innovation Award from the American Association of State Colleges and Universities.

CSU's national stature has grown during Dr. Berkman's presidency. According to a data-driven 2017 study by the Brookings Institution, CSU is No. 18 in the U.S. among public universities that fulfill a critical dual mission: providing upward mobility and conducting vital research. CSU is the only Ohio university in the top tier of the Brookings list.

Among the other hallmarks of Dr. Berkman’s tenure at CSU are record-setting freshman classes, a $500 million campus makeover, the expansion of a cutting-edge research enterprise (CSU ranked No. 1 in the nation for increases in research expenditures between fiscal years 2004 and 2013, according to the National Science Foundation) and increased philanthropic support, including the doubling of the university endowment and the successful completion of a $114 million fund-raising campaign.

Committed to creating a vibrant downtown neighborhood with CSU at its center, Dr. Berkman also has been instrumental in the establishment of an “education park” that encompasses two Cleveland Metropolitan School District schools on the CSU campus – Campus International School and MC2STEM High School – as well as the Center for Innovation in Medical Professions (home of the NEOMED-CSU Partnership for Urban Health), the CSU Arts Campus at Playhouse Square and an addition to the Washkewicz College of Engineering. For his community-building efforts, Dr. Berkman received the Ruth Ratner Miller Award from the Downtown Cleveland Alliance, the Visionary Award from Campus District Inc. and AJC's Richard H. Adler Community Leadership Award.

Prior to his arrival at CSU, Dr. Berkman held various leadership positions at Florida International University (FIU), including Provost, Executive Vice President and Chief Operating Officer. At FIU, he also served as Dean of the College of Urban and Public Affairs as well as Executive Dean of an interdisciplinary College with accredited Colleges of Nursing, Health Sciences, Public Health, Social Work and Policy and Management.

Dr. Berkman came to FIU from the City University of New York (CUNY), where he developed partnerships among city, state and federal government agencies as well as nongovernmental organizations as Dean of Urban Affairs. He also served as Dean of Academic Affairs and Founding Dean of CUNY’s first School of Public Affairs, located at Baruch College.

A trusted and widely recognized voice of authority on higher education, Dr. Berkman has been interviewed by CNN, The Wall Street Journal and The Washington Post, among other national media outlets.

Dr. Berkman is chair of the Inter-University Council of Ohio, a consortium of the state’s 14 public universities. He also serves on the boards of many nonprofit organizations, including the Coalition of Urban Serving Universities, the Downtown Cleveland Alliance, the Greater Cleveland Partnership and the Jewish Federation of Cleveland.